The restaurant and bar concepts will run throughout August and September 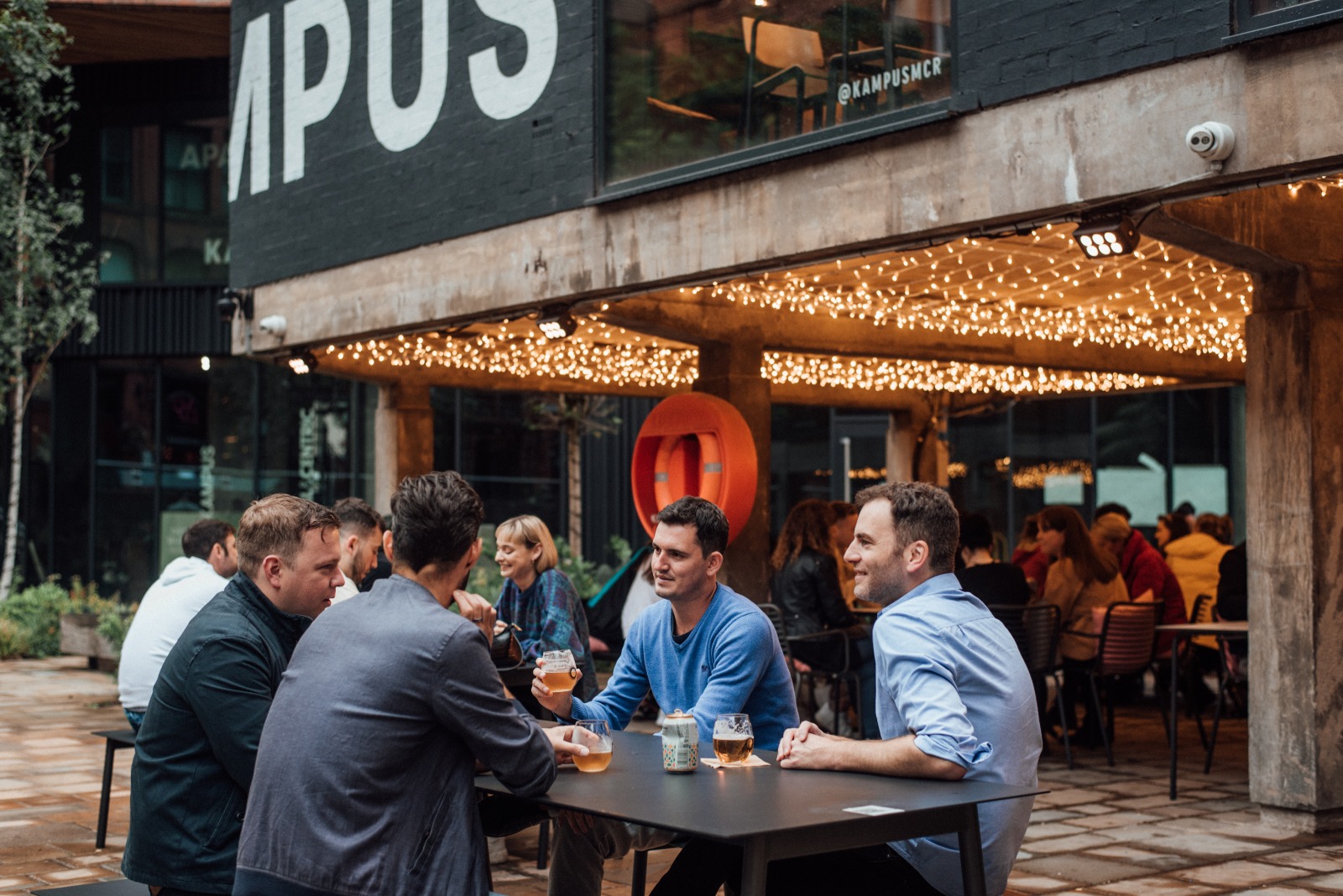 Restaurant Tine and wine bar Le Social have taken over the Bungalow which, if you haven’t been down to Kampus yet, is a building on stilts across from Canal Street. This collaboration is the latest in a series of residences taking place in the Kampus Bungalow, which has previously hosted pop ups from Isca Wines and Summer Beer Thing.

Both Tine and Le Social will occupy the space throughout August and September, Le Social operating the bar outside and Tine running the restaurant upstairs in the Bungalow itself.

Le Social has an impressive selection of organic and natural wines, beers, spirits and non-alcoholic options. They also have a bar snack menu including nibbles like Manchego cheese, olives, mini saucissons and spiced mixed nuts.

This will be the first time Le Social has had a full bar set up. Started during lockdown while owner Jerome was put on furlough from his job as an alcohol sales rep, Le Social has been operated out of one of the containers at Pollard Yard.

Throughout August and September, Jerome has curated a series of events planned throughout his stay, including DJS, street food takeovers and brunch events. When we were down there were three performers roaming the space, including a leotard-clad hula hoop dancer.

Le Social is open from 4-10 on Thursday and Friday and 12 till late on Saturdays and Sundays. For more information visit Le Social’s Instagram page.

Tine was first set up by chefs Josh and James as a pop up in Blossom Street Social in February 2020.

Josh said: “We set up Tine as we thought Manchester has a big lack of local Mancunian chef run restaurants, so we got together with the focus on finding the best products in the UK and some from Ireland. I’m from an Irish family and James has Irish heritage also which relates to our name. In English it means the tip of a fork or deer antler and in Irish means a fire or blaze as we intend to cook on wood embers in a really refined way.

“We set up tine in February 2020, two weeks before Covid hit, which obviously hurt us massively in every aspect and worked around government restrictions as a pop up at blossom street social wine bar until November 2020. We’re now at Kampus trying to restart our brand and hopefully get one step closer to opening a permanent restaurant.”

Josh has been chef for 10 years, training with Michelin-starred Simon Rogan. He worked at Where The Light Gets In in Stockport before becoming Senior Sous Chef at Mana for the first year. James has worked as a chef for 15 years, notably working as Aiden Byrne’s Senior Sous Chef for 6 years at Manchester House.

The multi-course menu will change based on the produce available. When we visited the first course was an oyster sat on top of a wild plum. A perfect mouthful, it was salty-sweet and as fresh as anything.

Next, we had Dayboat Ikejime Sea Bass which had been brought up from Cornwall, having only been caught the day before. The fish was lightly cured and served on top of a creamy smoked yolk which formed the sauce of the dish, and topped with fresh orange tomatoes and lemon rind.

The meat course was Hogget loin, two thick slices of lamb with perfectly crisped fat and juicy pink middle. Hogget is a lamb that has been aged for a year or two which means that the meat has a fuller flavour than that of lamb but not as strong as mutton. It was served with a rich pumpkin seed stew and a side of fermented potato bread (a nod to the pair’s Irish heritage).

Dessert was green strawberry which had been pickled (so it tasted almost like lychee) and served with a walnut parfait and frozen Eccles cake.

Finally, we had cheese to finish – a soft Connage cheese, topped with thin slices of fresh pear and served in a crisp cracker cup.

The menu is as refined as you’d expect from a pair with these credentials and each dish isn’t quite like anything I’ve eaten before.

Tine is open Thursday to Sunday until the end of September. To book visit: tinemcr.com.