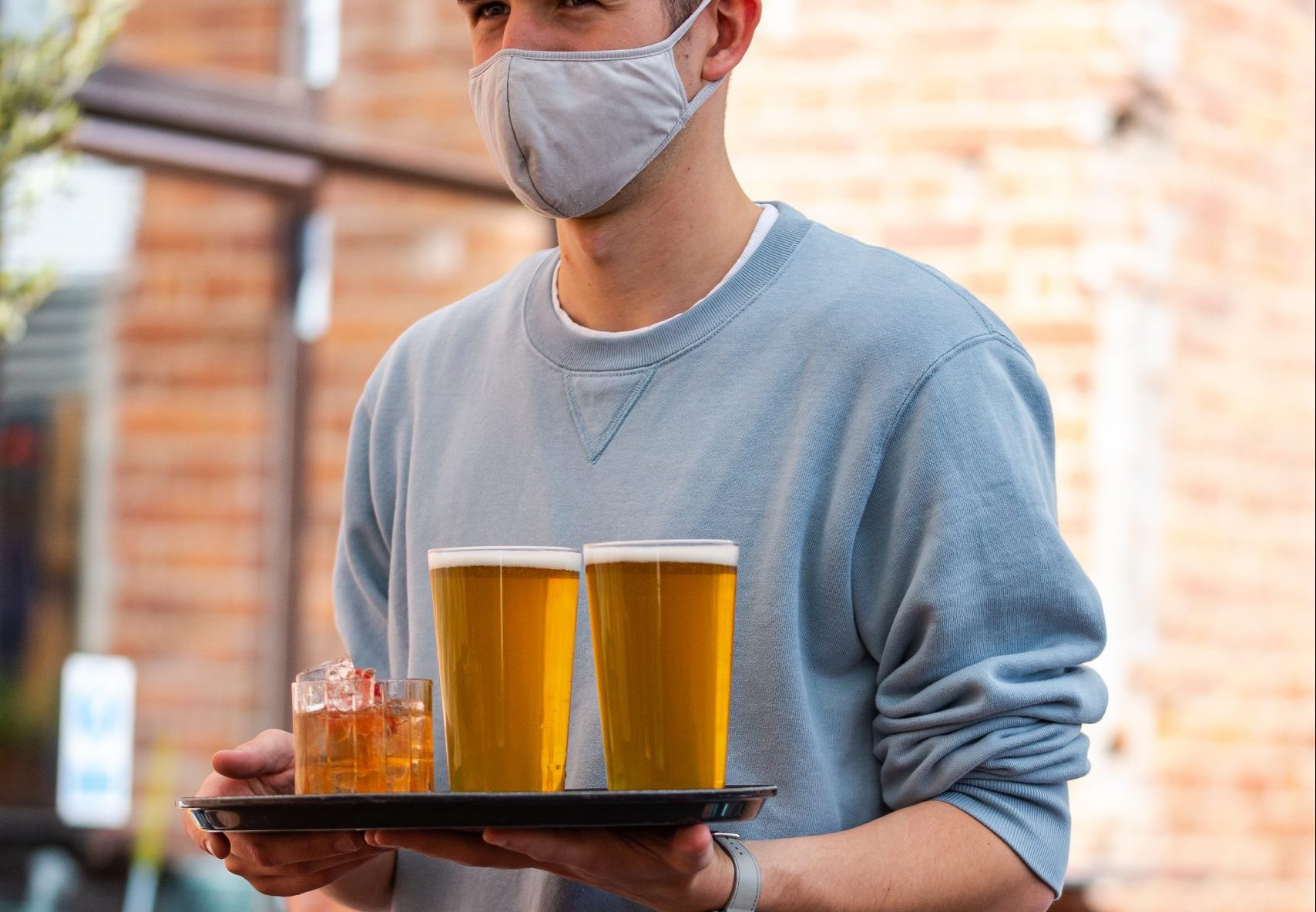 Once again, it began as a rumour. Murmurings over the weekend that 21 June – “freedom day” – was perhaps not going to go ahead as planned.

By Monday, the leaked information once again seemed to be a (poor) attempt to soften the blow of the news, to prepare people and businesses for the inevitable evening announcement where Boris Johnson would confirm the four week extension of the current restrictions.

Under the current restrictions, one in four hospitality businesses is unable to open. For those who can, it’s a struggle to break even.

The hospitality industry had previously warned that a four week delay could cost businesses £3bn and put 200,000 jobs at risk. And, although restrictions will continue until at least 19 July, Rishi Sunak confirmed that the support packages which have been helping business stay afloat will start to be reduced from 1 July as originally planned.

From this date, employers will have to contribute 10% of a furloughed employees wage, rising to 20% in August. On the same day, the business rates holiday will end.

Two days after the announcement, it was finally announced that the rent moratorium preventing commercial tenants from being evicted due to not paying their rent, which was due to end on 30 June has now been extended until March 2022.

We can already see the impact of the current restrictions on venues, many of which are having to reduce their capacity further or, in some cases, close their doors due to members of staff being asked to isolate.

One of the businesses that was forced to close recently is Evelyn’s Cafe Bar in the Northern Quarter, who last week announced on Instagram that they would have to close due to various members of staff being asked to self isolate. They reopened yesterday after seven days of closure.

“It was really unfortunate – as a small team in an independent business, any staff absence obviously has a much greater impact. We’ve built a really strong group of colleagues who were genuinely gutted to be unable to work, which seems to be quite a rarity. Luckily none of our staff actually tested positive for Covid at any point, we just had enough of them receive self isolation notifications to make it impossible for us to open.”

Mackie Mayor, which houses nine operators under its roof, also had to close earlier this week. Nick Johnson, head of market operations, said about the decision to close:

“That’s never a decision that is taken lightly, especially after being closed 9 out of the last 12 months, support packages ceasing and rates bills being issued! But it’s safety first and when one member of the team tests positive that knocks out a two whole shifts of full time members of staff for 10 days. By Monday we had 35 member of staff out of action due to track and trace. I know that it’s a problem affecting a lot of hospitality business in Manchester at the moment.”

Mackie Mayor has now managed “by hook and by crook” to get their doors back open today. A post on their Instagram reads “You might have to put up with a few rookie runners together with familiar faces from behind the kitchen counters swapping crocs for docs – serving as well as cooking your food. One way or another this COVID thang ain’t gonna keep old Mackie down.”

Even for those venues who haven’t got to the point where they need to close, operating under these restrictions has been a uphill struggle.

Mark Clinton, F&B Operations Director for Ducie Street Warehouse, said: “The biggest challenge of the most recent weeks has been the increase in the number of our team receiving isolation orders by the Test & Trace App, forcing us last weekend to have to cancel over 50% of our advance bookings and limit the number of walk ins we could manage based solely on the available team.

“On a sunny Manchester weekend, this was heart-breaking to cancel pre booked reservations, turn away loyal guests, and ultimately well needed trade. As we approach this weekend, we may have to reduce capacity again. Luckily we haven’t reached a point where we need to close.”

For each of these businesses, and of course others around the city, 21 June had been circled in their calendars as the date when they could open up fully, without restraint, but they will now have to endure four more weeks of the same challenges around staffing and capacity.

Ben from Evelyn’s said: “Challenges have been pretty numerous, mainly around managing customer expectations when it comes to availability – especially seeing as we’re one of the few sites around Manchester without an outside area. Tables are all distanced inside and as a small restaurant, again, this has a massive impact on how many covers we can sit. We tend to get booked up well in advance as a result, but the loss of covers does have an impact.

“Staffing levels and ensuring all our employees get the hours they need, whilst still remaining profitable with less covers is always a tough one to juggle. With the end to restrictions being so uncertain, we have to retain staff to make sure we can deal with increased demand when we reopen fully, but obviously this means there are less hours for staff currently. Whilst furlough has been a great tool to help staff, no one’s outgoings are reduced to 80%.”

All of this is of course not suggesting that we shouldn’t be cautious, and relax the rules when the time is right. But like with every change of restrictions we’ve seen, it’s all about timings.

In the first lockdown, many venues were forced to throw away litres of good beer. Ahead of the second, again, restaurants were given limited warning to shift the stock they had ordered.

For this most recent change in restrictions, venues were told just a week before that the rules in place aren’t going to ease; all of which impacts ordering, staffing and, of course, the bottom line for these businesses.

This, coupled with the lack of additional support for businesses means that these venues are losing out once again.

“Without additional support measures from Government it will ending up costing us money, once again. Dates have been set for the end of support packages for hospitality but data is apparently driving the numbers and, once again, hospitality is powerless – caught in-between.”

Despite everything, some are cautiously optimistic. While the team at Evelyn’s would love to reopen without restrictions, they are seeing the silver lining of a four-week extension.

Ben said: “Whilst the news is disappointing, it’s bittersweet – until isolations reduce, and the well-publicised hospitality staff shortage crisis calms – I’m unsure how many venues would scale up to the increased capacity without further fallout or burnout,  falling at the feet of the last few standing. The only positive spin from the extension, is we have four more weeks to continue to recruit, and four more weeks to hope the isolations reduces and brings us back to our full incredible team.”

If the last 18 months has shown us anything, it’s how resilient our hospitality industry can be. Keep supporting where you can, they can’t do this without you.