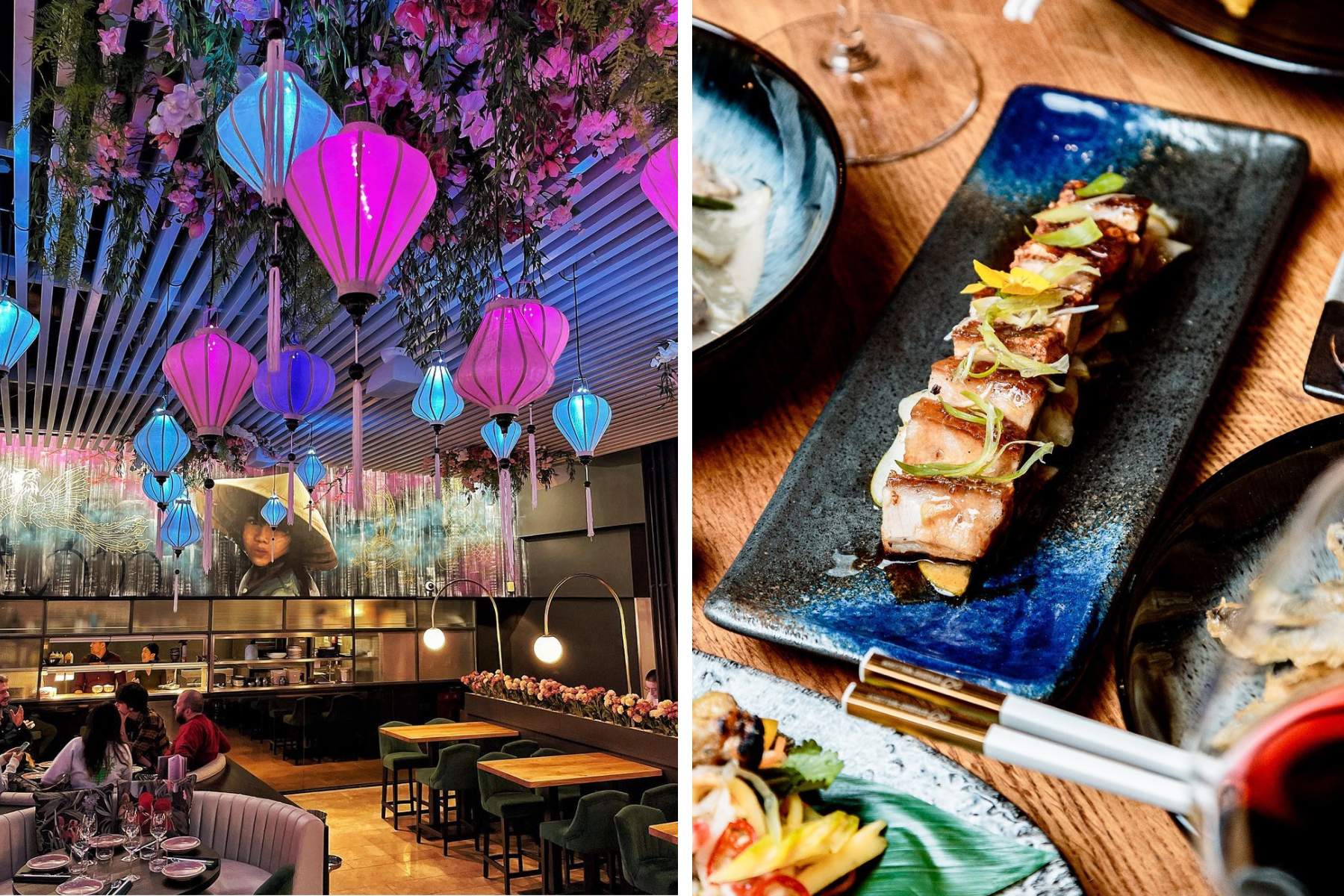 Can be hard work lunch, can’t it? So often gets overlooked between breakfast being ‘the most important meal of the day’, tea/dinner being the meal you spend all day looking forward to and then you’ve got the advent of brunch, bottomless or otherwise, usurping lunch from everyone’s dining priorities. If you’re in town it’s a quick three quid dropped in Tesco Express or Morrison’s. At home it’s a butty or last night’s leftovers with Steph’s Packed Lunch (which is a pretty sound combination, to be fair). Namii are now looking to change all of that.

Throwing open their doors in November of last year, the Vietnamese kitchen and cocktail bar has been holding down a very steady operation on New York Street, which is no easy feat given the significant drop off in footfall during daytimes in the city centre. Not to mention the standard of competition emanating from nearby China Town. Then again, when you’re presented with the level of offerings which grace the menu at Namii, you shouldn’t be surprised as to why they are proving so popular.

It’s easy to almost be overwhelmed by the menu at Namii when you first glance upon it. It’s big. Six sections big. But unlike so many other establishments where the menu more closely resembles War and Peace, Namii actually does justice to their myriad of options.

With so much to choose from, it can be a delicate balance when attempting to nail the correct combination of choices. Fortunately, this is meticulously catered for with Namii’s selection of taster menus.

Depending on how voracious your appetite is, you can opt for either the Lunch Taster Menu (available Friday-Sunday between 12-4 for £22 per person), where your meal will arrive in a couple of waves, firstly featuring Chà Giò (aubergine, butternut squash and Vietnamese crispy rice rolls) and Nem Nuong (beef and pork patties infused with Asian spices, mint and Thai red chilli) then a second selection of Vietnamese chicken cà ri, lemongrass coconut chicken and one of the house signature phos. Or, maybe you want the power to remain in your own hands. In which case you can move in the direction of the lunch menu, at the same price point, where you can piece together an early afternoon mini-banquet of three of the ‘kitchen signatures’. Our recommends would veer towards the double fried garlic pork, the aforementioned Chà Giò and the chef’s dim sum selection.

But perhaps you find yourself desiring something on a grander scale from a lunch. Maybe you’re wheeling out the big guns to impress your mates, family or colleagues. Organising a feast for a group can be a bit daunting. The pressure’s on to produce and regularly set menus and selections of small plates can fail to deliver the required wow factor. In their quantity they forget about quality. But by laying on their variety of taster menus, Namii have masterfully circumvented this traditional letdown and instead provided one of the most exciting and dynamic set menus in town.

The standard taster menu, at £39 a head is four waves and seven dishes, including the sumptuous Szechuan black pepper beef and a ‘Zen Garden’ dessert, complete with chocolate pandan, which is obviously brilliant.

Another step up from there, however, you’ll find the Phoenix Menu, which really is where business picks up. While it’s pricier, at £55 per person, it’s also coming at you with a whole flame grilled squid, coated in a delectable garlic fennel marinade and served with a spicy tamarind BBQ sauce. The king prawns and soft shell crab in the second wave of this menu are also not to be slept on, either. This is Henry VIII levels of banqueting, here. If Henry VIII was into Vietnamese food and not being a weird man child who lopped his wives’ heads off for a laugh.

For that proper, monumental sense of grandeur, the Grand Table, located in the centre of the restaurant, is ideal for large groups, seating 14 and providing the decadence a Vietnamese feast for over a dozen ravenous diners so richly deserves. And once your revelry is complete round the table, it can continue accompanied by a DJ late into the night on Saturdays or, alternatively, it can be scored by acoustic sessions between 1-4pm earlier in the day if you’re just getting started or are perhaps recovering from quite a large Friday night.

So whether it’s wanting to level up the usual lunch fare with something a little more exotic or a big, bombastic triumph of a meal that you’re looking for, New York Street’s latest addition to Manchester’s long standing Vietnamese scene is a surefire winner.