Events include a supper club with Bull and Bear, a massive chippy tea and an Oktoberfest celebration 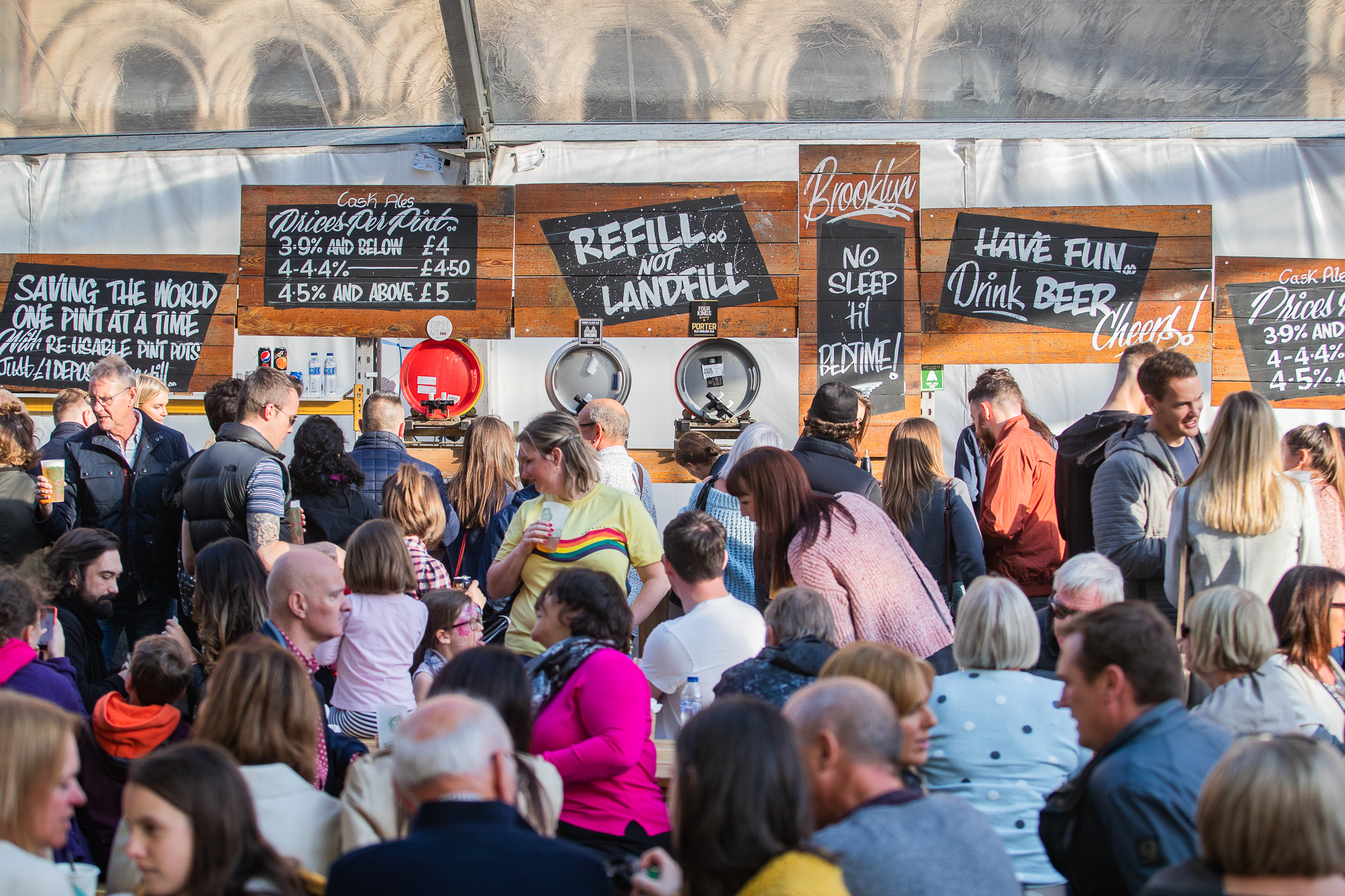 Manchester Food and Drink Festival (MFDF) is returning to the city this autumn and today it has announced the first wave of events as part of the 2021 programme.

The independently-run event which was postponed last year due to the pandemic will run from 16 to 27 September.

Director of MFDF, Alexa Stratton Powell said: “We are absolutely delighted to be bringing the Festival back this year. Postponing in 2020 was hugely disappointing – a tough decision but the right one of course.

“We set up the Festival,  a small group of people, to champion independent food and drink businesses. We’re still a very small team but we are just as committed as ever, particularly now as we face a whole new chapter for hospitality, to showcasing the very best that our amazing city has to offer. This year we’re looking forward to celebrating our brilliant hospitality industry and bringing people together for some cracking food and drink!”

The Festival Hub will once again be located on Cathedral Gardens and will be the centre of the event, with street food, bars, live music, an artisan market and takeover events hosted by various Manchester restaurants and operators.

The Hub is free to enter with bookable tables and some saved for walk ins. Most of the available tables have already been booked now but there is still some limited availability alongside walk in spaces.

There is also a range of fringe events at venues across the city which takes place throughout the festival.

Here’s everything they’ve announced so far.

Tom Kerridge’s restaurant, The Bull & Bear will be taking over the MFDF Festival Hub for a special supper club, serving a three-course ‘pub grub’ menu. Of course, it’s a pub menu from a two Michelin starred chef so this won’t be the food from your average boozer.

Diners will enjoy a started of potted Loch Duart salmon with apple jelly and cucumber chutney, braised beef and blue cheese pie with English mustard mash and Seven Brothers ale gravy for main, and to finish it’s banana custard with dates, pistachio and honeycomb. A vegetarian option will be available too.

The event will take place on Monday 20 September. Tickets cost £55 per person and can be booked here.

For the Festival Chippy Tea takeover, the Hub will be filled with five different restaurants, chippies and traders, all cooking up their take on the classic fish and chips.

Dessert will be provided by A Few Scoops who will serve alcoholic ice cream from their custom built tuk tuk.

This event takes place on Wednesday 22 September and is free to enter but there are a limited number of tables available to pre book here.

An early Oktoberfest celebration, Albert’s Schloss will bring Munich to Manchester with their Schlosstoberfest takeover.

The MFDF street kitchen will be serving Bavarian street food throughout the evening. There’ll be bratwurst, pretzels, lederhosen and plenty of beer. Plus, there’ll be a full programme of live entertainment that Schloss is so good at.

Schlosstoberfest is taking place on Thursday 23 September at the Festival Hub and is free to enter.

From Thursday to Sunday for the two weeks of the festival, there will be a changing selection of street food traders.

Also that weekend, there will be a trailer at the Hub with a different restaurant or chef cooking in it each day including Evuna, Jackie Kearney and Tast.

Over the second weekend, visitors to the Hub can enjoy dishes from Halloumination, Patty and Press, I Knead Pizza, Northern Soul and Spoons Desserts.

Eat Well Mcr will have their own trailer from 24 to 26 September with a different restaurant partner each day cooking the menu. Profits raised from the kitchen, including a £1 donation added to orders, will go to Eat Well to support the work they do feeding vulnerable people in Greater Manchester.

Throughout both weekend, the Just Eat Food Chalets will host some of their best rated Manchester restaurant partners including Peck and Yard, La Bandera, Vertigo Plant Based Eatery and JJ Vish and Chips.

There will be three bars at the Festival Hub; a Manchester Beer Bar serving a range of regional beers and ciders; the Franklin and Sons bar with a range of creative gin and tonics; and the Truly Hard Seltzer Bar serving alcoholic sparkling water in flavours like Wild Berry and Black Cherry.

Across both weekends, there will be an artisan market at the Festival Hub, open from midday until 7pm.

There will be two separate line ups featuring independent food and drink producers from across the region.

Elsewhere in the city

More Festival Fringe events will be announced closer to the time but here’s what’s announced so far.

Taking place at Halle St Peters on Blossom Street in Ancoats, the Wine and Fizz Fest will see some of the region’s most exciting independent wine retailers and brands come together for three tasting sessions on Friday 17 and Saturday 18 September.

Tickets cost £12.50 and will allow visitors to taste their way through dozens of wines from across the globe from retailers like Decent Drop, Grape to Grain, Le Social, and Cork of North. UKiYO Republic will also be there showcasing their range of Japanese sake.

As well as tasting the wines, guests will also be able to buy bottles at the event to take home.

As the official partners of the festival, Just Eat is offering 20% off between Thursday 16 September and Monday 27 September.

There’s 20% off Roomzzz Aparthotel at the Corn Exchange throughout the festival too if you want to make a weekend of it.

The Manchester Food and Drink Festival is on from 16 to 27 September. More events will be announced in the lead up to the event.

To view the full programme and book tickets, visit their website or download the app on the App Store here or Google Play Store here.