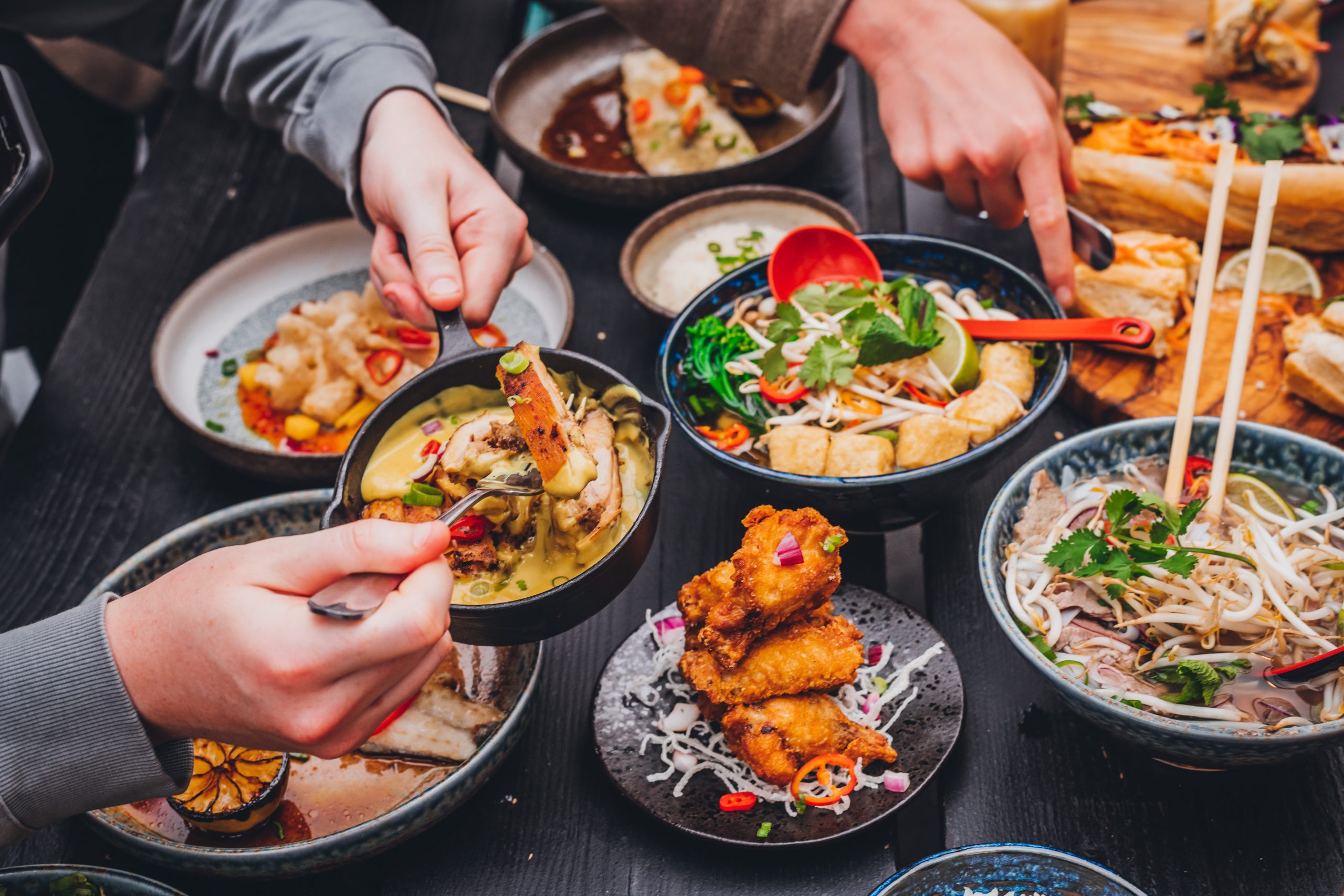 When Freight Island opened at the end of July 2020, it felt like it was the beginning of the end of life under lockdown. Pubs and restaurants had just been allowed to reopen, the Eat Out to Help Out scheme was on the horizon and things were feeling a bit more normal again.

As we know, things didn’t exactly pan out that way, but Freight Island has been the venue that has lead the way of coping under the pressures of enforced closures and restrictions.

An article published in The Business Desk last week wrote that Freight Island “has been a huge Manchester success story and is set to become one of the most visited destination tourism locations in the UK. It is expected that with an estimated footfall figure of around 10,000 visitors per week there will be over £2.4m spent within the local economy.”

So after taking a huge hit over the course of the last 18 months, the entertainment industry and specifically venues like Freight Island are actually helping Manchester get back on its feet.

Since the complete easing of restrictions in July, Freight Island has hosted parties, gigs and other performances and it still remains one of the most exciting places to eat and drink in Manchester with 10 food vendors and six bars.

We headed back to Freight Island to see how it’s thriving post Covid restrictions and speak to some of the food traders to see what they’ve got going on.

Our first stop is Belzan Pasta who joined Freight Island in November with the opening of the Ticket Hall. Serving Italian inspired dishes made with British ingredients, Belzan already had a popular bistro on Smithdown Road in Liverpool which has won many awards for its seasonal British dishes.

Bringing that same seasonal approach and an emphasis on top quality ingredients, the Belzan team decided they wanted to do something different in Manchester, hence the Italian menu.

Head chef Jess Fenlon tells me that they like to take underutilised products, such as ox cheeks, and big them up, to make dishes like their slow braised ox cheek ragu. The menu changes each season; however, dishes on that menu can change week to week and day to day, depending on what’s available and what is best in stock at that particular moment.

Currently, the new menu features a Panzanella, a chopped Tuscan salad which at Belzan is made using chunks of toasted bread and British tomatoes mixed with red onions, black olives, basil and a good glug of olive oil and vinegar.

Another classic favourite, Cacio e Pepe pasta, is a simple dish made with tagolini (thin ribbons of pasta, somewhere in between spaghetti and tagliatelle) in an emulsified sauce flavoured with garlic, pepper and pecorino cheese. “All the staff ask for it,” says Jess.

Jess also tells me how much she loves the up tempo atmosphere at Freight Island and the spectacular events that they put on. After a shift recently, she says how she got to sing along to a live orchestra playing Prince and Elton John. There aren’t many other venues where you could imagine the same happening.

Belzan is open Wednesday to Sunday at the moment but they are looking at expanding to daily, especially in the lead up to Christmas.

Another Liverpudlian export, Madre Tacos has been part of Freight Island since the start. Madre is a collaboration between the owners of Belzan and London-based taqueria Breddos Tacos. With a menu inspired by the flavours of Mexico City, Madre make everything in house – the tortillas, salsas, marinades and more.

Madre’s head chef and General Manager, Matthew Burke, tells us that since the Ticket Hall opened, it’s been non stop for the team. Initially, Madre was working in a small space in Platform 15, working off a couple of barbecues, but since moving inside, they’ve been able to expand their menu which includes tacos like deep fried pollo asado, tempura cod with jalapeno aioli and salsa mexicana, and slow cooked short rib birria.

Other highlights include cadillac nachos with jalapeño queso, garlic crema, black beans, radish, spring onions, guacamole and all the salsa and a fresh tuna tostada made with sashimi-grade tuna loin.

Matthew tells us his favourite taco is the classic Al Pastor which has a mix of three different cuts of Iberico pork marinated in achiote, smoky guajillo and fruity ancho and spicy arbol chillies, orange juice and epazote (Mexican oregano).

Following their success at Freight, Madre is now looking to open another venue in Manchester which will serve a more complex menu and high-end experience, similar to their original restaurant in Liverpool, serving dishes like oven roasted pig’s head and the popular chicken and sweetcorn soup. Manchester is desperately in need of more great Mexican food, so I for one am very looking forward to seeing what they have planned.

Moving on to Baratxuri, where everything at their Freight Island restaurant is centred around fire – from the dishes on their Basque menu to their seats which sit huddled around their huge wood-fired grill.

You can order food from Baraxturi to wherever you like in Freight Island, but for the real experience, I’d recommend booking one of these seats right by the fire, where you can watch as the chefs expertly their ‘asado’ dishes (meaning from the fire) like beef short rib, whole turbot and Iberico pork collar on the open grill and wood-fired clay oven.

It’s the inclusion of places like Baratxuri and others that truly make Freight Island different to the street food led offerings of similar venues. This is a proper, high-end menu, served in a place that is welcoming to all.

Finally on our tour, we visited Mi and Pho, who make fresh, vibrant and traditional Vietnamese dishes. It’s a slightly different menu to their Northenden restaurant, tweaked to suit the needs and fast-paced service of Freight.

I have to say, when I first heard that Mi and Pho were going to be coming to Freight Island, I was excited. Like with Baratxuri, Freight Island provides a more convenient opportunity to try food from these acclaimed restaurants for people who don’t live near the original restaurants in Ramsbottom and Northenden.

Mi and Pho also joined Freight Island with the opening of the Ticket Hall and has really hit the ground the running. Everything is made in house and it’s been so busy for the team that alongside the team of chefs working in the open kitchen in the Ticket Hall, there is also a team out back in the prep kitchen constantly chopping, marinating and making the stock.

There is also a dedicated team to run the food to customers and go to the market for fresh produce, alongside using larger stores like Wing Yip.

The meats for their Bahn Mi are cooked on a wood-fired grill in a separate outdoor kitchen in the seating area in Platform 15. The char sui pork is cooked sous vide for 12 hours before being thrown onto the grill at the last second before serving.

As executive chef Justin Chung tells me, there’s nowhere to hide with Vietnamese food. The menu changes seasonally and they’re always on the look out for new dishes. Also open five days a week currently, they are thinking about moving to seven days a week from November.

There are drinks from the newly-arrived Pomona Island bar, alongside Ancoats cocktail bar the Jayne Eyre, and Forever Changes wine bar and bistro, as well as Camden Town Brewery, Koppaberg and the main Freight bar.

Each time you look, Freight Island has grown. A new trader here, a new area to hang out there. It’s a truly pioneering venue where you’d feel as comfortable coming for a few casual pints or a gig, as you would a sit-down high-end meal.

And, by visiting places like this, you’re not only supporting the venue, you’re supporting the small businesses that make it up, and you’re also helping the entertainment industry to rebound following a really challenging time.

To check out what’s on at Freight Island and book a table, visit: escapetofreightisland.com.