Eat well, save some quids and tell January to get f**ked 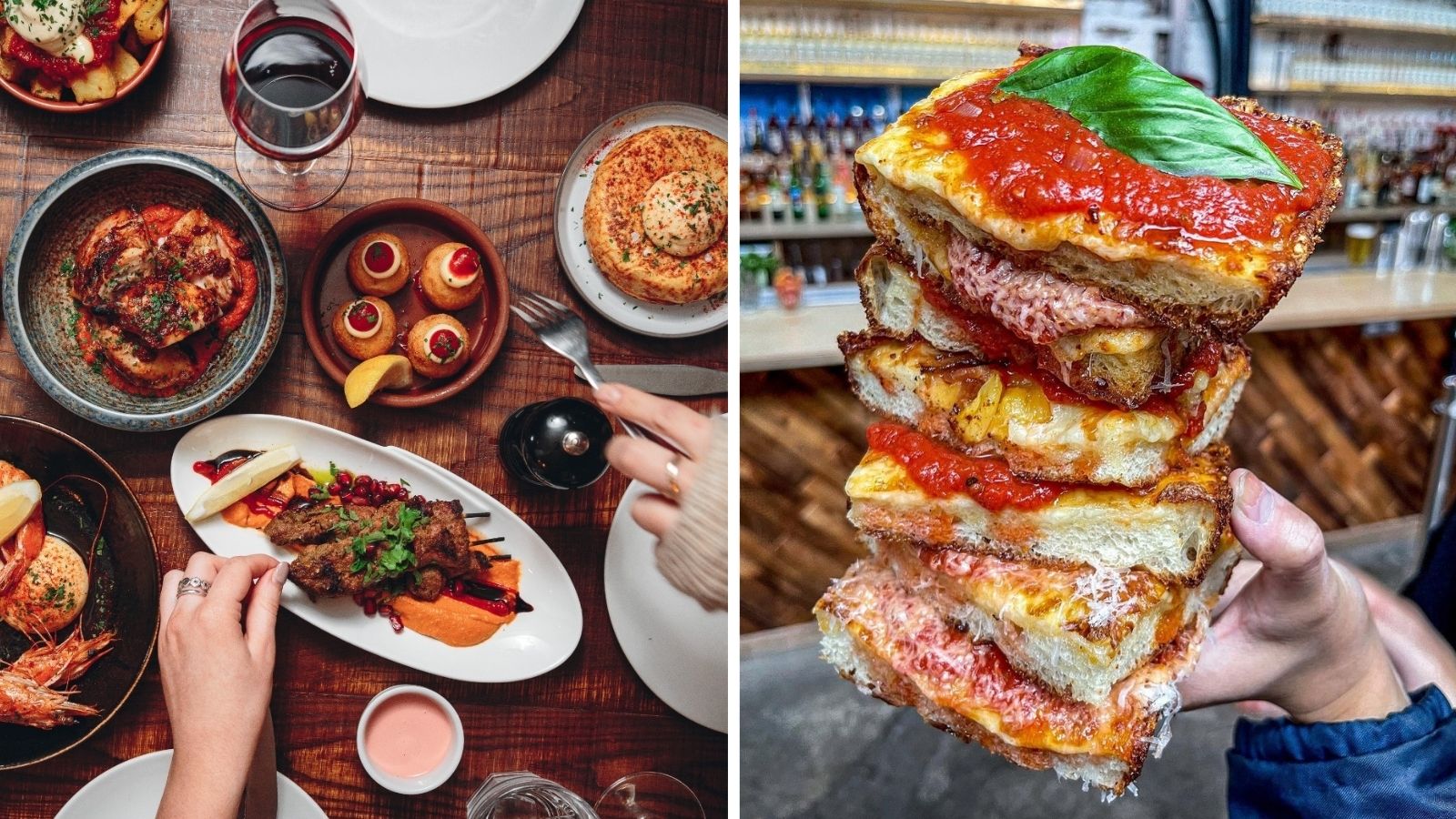 Feels good to get that first week of January out of the way, doesn’t it? You’ve finally stopped eating meat, cheese, Baileys soaked cornflakes for breakfast and entire selection boxes in one sitting. That weird sweating/wheezing combo that follows you everywhere throughout the last week of December has disappeared and now all that’s left is to navigate the remaining three weeks of the year’s shittest month with the roughly £7.48 residing in your bank account until payday.

Which is where this big fucking list of money saving dining offers comes in handy.

January is bleak at the best of times, let alone when it’s crusading towards us with a boatload of Omicron and hapless government indecision. The Baltic, wheelie bin disrupting winds and jean dampening downpours feel a lot less fucking charming when they are a few days removed from the tinsel and turkey. Instead they merely serve as an ear numbing slap across the chops as you leg it from another joyless, muscle manipulating torture session at the gym you will abandon about a fortnight into February, to the tram heaving with similarly melancholy commuters, all yearning for the fast forward button to propel them to a Spring bank holiday weekend.

Yet there is reason to be cheerful. Actually, there’s a few dozen.

Restaurants and bars across Manchester, reeling from a barren second half of December, are doing their best to entice you away from whatever overhyped series you’re planning on dedicating your life to for the next month and instead want to maintain a perpetual pang of positivity among the general public by keeping them sat across tables from each other, rather than on settees, resentfully picking at a plate of steamed fish and cauliflower rice with an episode of The Tourist.

But who’s offering what? What sort of percentages are we talking here? What days are these discounts valid and is there any small print attached?

Let’s run you through it, shall we?

First up, how does 50% off food at Refuge sound? Because between Monday and Wednesday until the end of the month, you and up to five mates can gorge on all the Voltini your expanded post-Christmas waistlines can handle. Book in advance and dine from the all day menu and you’re all set for a mammoth midweek for the ages. That pork chop with chimichurri and grilled pineapple never looked so appetising. Not to mention the slow cooked ox cheek with mole and crispy onions.

For just £25 per person, Cottonopolis are weaving their way into our hearts with a SEVEN COURSE ‘Taste of Cotton’ set menu. Available all day from Monday to Thursday and from 4pm on Sunday, this banquet of baos, sushi, robata grilled goods and more not only adorns your plates with everything from tiger prawn and water chestnut gyoza to crispy tofu and teriyaki mushroom baos and beyond, but also comes with a free drink to wash your joyful Japanese journey down with.

On the outskirts of the Northern Quarter, Ramona are seeing 2022 in with ‘Marguary’ between 5-7pm from Wednesday to Friday every week. Margaritas will only set you back a fiver, while their cheesier, saucier, differently spelled namesake Margheritas are just a quid a slice. Thicc slices at Poundland prices. Happy fucking New Year.

Should you prefer your slices inspired by the East Coast of America rather than the Midwest, however, then Nell’s has your hook up. At both of their city centre sites (Common and Kampus) and Chorlton outpost The Beagle, the New York slice lords are giving you 50% off their entire muddafuckin’ menu, as long as you dine in and book in advance. In short, that means a 14 inch pie could be your’s for less than a fiver (Marinara), while 22 inches of saucy dough will see you nab a quid back from a tenner in some cases. Put those quids towards a half off ice cream sandwich for £2.50 or maybe a few 75p dip pots for those spare crusts. Bing Bong.

The half price deals are not restricted to Nell’s though, with Ducie Street Warehouse showcasing their new all vegan offering, masterfully curated by head chef Andrew Green, at 50% off from Monday to Thursday until the end of the month. Think crispy peanut cauliflower, sweet potato fritters, mafalde pasta ribbons and vegan laksa. Oh and celeriac shawarma. Do not forget the celeriac shawarma. Or I will fucking fight you. Or just be really disappointed in you. Either way, don’t forget it.

Blues Kitchen are also getting in on the 50% off game, with their supper menu only setting you back half as much as it usually would from Sunday to Thursday until the 31st. But if you’re craving a big, mucky burrito over baby back ribs, then you can nip over to Luck, Lust, Liquor and Burn all day Sunday to Thursday and from 5pm on Friday for half price tortilla wrapped decadence.

If half price food in wraps is your bag, then Bab are also knocking 50% off all their kebabs between Monday and Wednesday. More of a bun fan? Almost Famous’ burgers share the same discount all day between Sunday and Thursday then from 5pm on Friday. Although for those of you who operate on the plant based end of the spectrum, or who are simply giving Veganuary a right royal go, the tremendous Black Leaf are knocking half off their entire menu throughout this month and, as if that wasn’t enough, they’re also keeping the deal rolling through the first fortnight of February.

And it’s not just within the confines of the city centre where these BOGOF bounties are to be found (not sure why I suddenly started typing like a pirate there) with Chorlton institution The Lead Station firing off half your bill as long as you make a booking between 4.30-7pm from Monday to Friday.

Sticking with pub grub, Bay Horse Tavern have chopped the big 0.5 off their food bills for the month, which guarantees you plenty of heartwarming comfort as the temperatures hover around freezing for the entirety of January.

Down Deansgate way, BOX and Manahatta are also halving scran bills all day, every day with Corn Exchange stalwart Banyan doing likewise every day apart from Saturday, with Sunday roasts also being included in their offering, which is obviously brilliant.

Small plate connoisseurs will buzz off the El Gato Negro, Canto and Habas hat-trick of 3-for-£15, which is being offered up all day Sunday-Thursday for the entire month.

Circling back to delectable discs of dough, Crazy Pedro’s 16 inch creations are all a tenner for the length of this 31 day winter hellscape, which you could then wash down with a few £6 cocktails at Mecanica, who have introduced a menu of 22 concoctions to see in 2022. Or you could head to Moxy between 5-8pm on any weekday for their special 5.01 menu, serving up cocktails for a fiver until the 31st.

Ever so slightly below the 50% threshold are Salvi’s, who have a 40% off food deal at their NQ space and mozzarella bar between Sunday and Thursday. Cutting Room Square session spot The Jane Eyre, where so many hours can be so easily lost among their cocktail menu, is cutting a quarter off all total bills from Monday to Thursday every week of January to make the new year that little bit happier. As you might expect, booking ahead is advised at both establishments.

For those of you who are perhaps feeling a tad more extravagant, especially those of you who saw Omicron decimate your Decembers, Wood has rolled out it’s Tasting For Two deal for the entire month after a wildly popular first few days. The seven course lunch menu is a twofer every Friday and Saturday (excluding Saturday lunch), while the nine course dinner version is on offer Wednesday – Friday.

Oh, and if you fancy just being given a tenner to spend, no strings attached, just download the Turtle Bay app and you’ll automatically be given £10 to spend, no questions asked. Just saunter in, spend and strut straight back out again if you wish. Or just belly up to the bar for a long session of Red Stripes and Rum & Tings. Whatever you want.

Obviously, there are far more discounts being delivered all across the city this month that are not listed above, but we believe these 25 are a pretty substantial jumping off point. Head out and help hospitality see in a much better new year than the old one we just left. 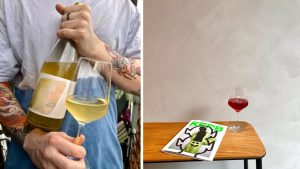