"We are just so blessed, aren't we? ... You know, we appreciate all of our customers and it's just fantastic that we've been able to do it in lockdown." 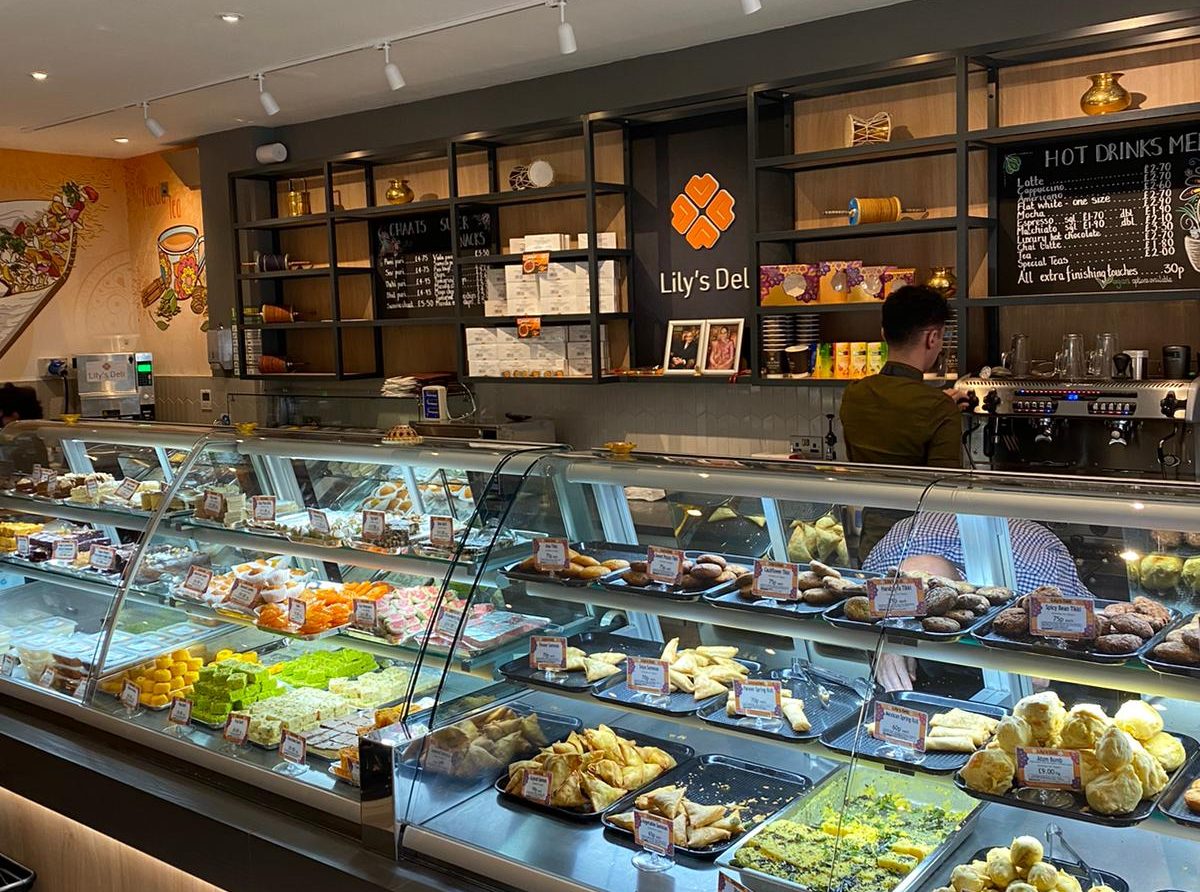 The new deli in Chorlton which opened this week on Manchester Road joins an already-impressive foodie line up in the area, next to Unicorn Grocery and Barbakan.

Like in the Ashton store, there’s a huge counter filled with savouries like samosa and bombay mix and vibrant Indian desserts.

Takeaway dishes include a selection of curries and there’s a deal which is any curry with a choice of four roti or four masala chapati for £7.99. There’s also a range of hot drinks including fresh chai.

The fully vegetarian deli has a huge range of Indian products made by the Lily’s team as well as other brands, including sauces, sweets, teas, poppadums and lots more.

This move to more of a grocery offering brings Lily’s back to its roots. The family-run business started in 1972 by husband and wife PG and Lilawati (Lily) Sachdev.

Lily used to make all the savouries by hand, which sold out very quickly at their small shop on Cotton Street East in Ashton Under Lyne.

Eventually all the family joined the business but Lily unfortunately passed away before the restaurant opened and so it was named Lily’s in her memory. Many of the dishes are still made to Lily’s original recipe.

Those who have been to the Ashton restaurant and deli will know how good the food is here. And, it’s been a busy few days since opening for the deli in the lead up to Diwali this weekend.

Parul, daughter of PG and Lily Sachdev, said: “The welcome has been great. We’ve had so many messages saying ‘Welcome to Chorlton’, it seems to be a really good community. We’re looking forward to being part of it, it’s fantastic.

“We’d been looking for a second site for quite a while. Obviously, this is not the full Lily’s, just the deli. So we’d been looking in Chorlton, we’ve had a relationship with Unicorn for a while. So it just seemed the right place to go.”

Currently, the deli is open for takeaway only and people in the store are limited to six, but once the restrictions allow, there will be a few seats for diners to eat in the deli.

And, despite the challenges of opening in a national lockdown, the owners are feeling very positive about the opening.

Parul said: “We are just so blessed, aren’t we? With everything going on, we are extremely blessed to be able to do this, really. You know, we appreciate all of our customers and it’s just fantastic that we’ve been able to do it in lockdown.

“You know what the times are like now, people are going through so much. So, you appreciate everything that’s going on around you. And to be able to do this at this time is very fortunate for us. Blessings from above, from Mum and Dad who started everything.”