The Bury-born brothers have worked in some of world's best bars, but they always knew they wanted to open their own bar here in Manchester 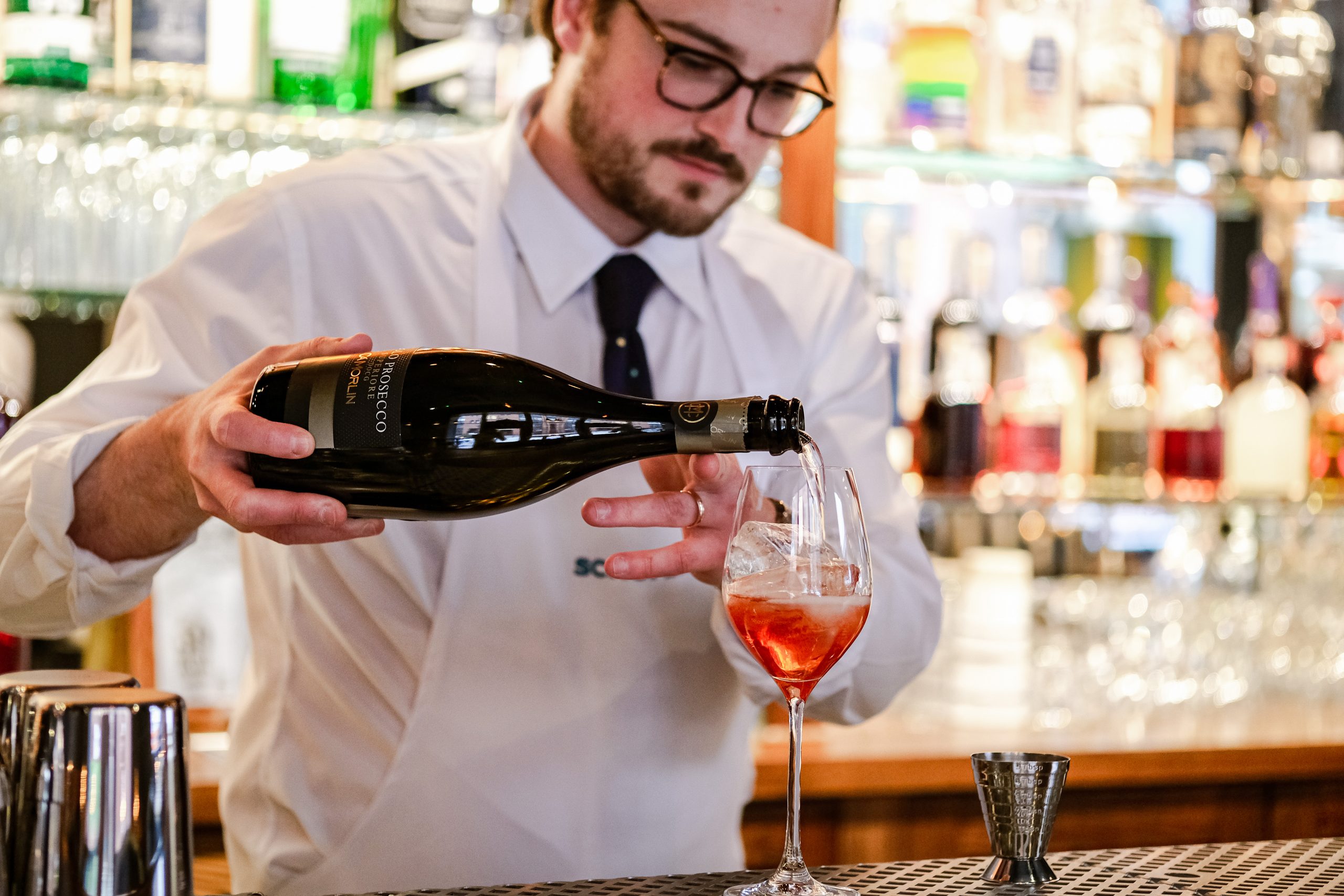 It’s a dream that’s a decade in the making. Bury-born brothers Joe and Daniel Schofield have opened their new bar on Quay Street, serving a menu of classic cocktails, beers, wines, spirits and ‘British tapas’.

Schofield’s Bar opened for outdoor drinks on Wednesday 17 April and, so far, they have been inundated by the demand, with queues of up to two hours of people waiting to get a table in their newly-opened terrace.

The venue had previously been open for six weeks as a provisions pop-up, serving hot drinks, bottled cocktails and food including Pollen pastries, British cheese and charcuterie.

While the brothers have both travelled and worked extensively in bars across the world, they always knew that they wanted to open a bar in Manchester.

Growing up in Rossendale on the outskirts of Bury, the two brothers started working in bars as teenagers, Joe at 16 and Daniel at 18, before going on to work at some of the best bars in the world. First, they both moved to Leeds where they both worked in award winning cocktail bar Jake’s Bar, before coming back to Manchester where Joe helped to open The Liar’s Club and where Daniel worked too.

Daniel then went onto Paris to work at Little Red Door, before coming back to London and eventually opening French-inspired bar Coupette in the capital, which was named number 19 in the World’s 50 Best Bars in 2019. Meanwhile, Joe has worked in bars in Sydney and Melbourne, the legendary American Bar at The Savoy in London and most recently the Tippling Club in Singapore which was also named in the best 50 list.

The brothers have left a trail of accolades in their wake. In 2018, Joe was the first person ever to be awarded both the International Bartender of The Year in the prestigious Tales of The Cocktail Spirited Awards and the Bartender’s Bartender at The World’s 50 Best Bars.

With this wealth of experience behind them, Schofield’s Bar will be the first joint venture for the pair. Located in the Grade II-listed Sunlight House, the interior has been inspired by classic cocktail bars from around the world.

Quite surprisingly, the Schofield brothers wouldn’t actually describe their bar as a cocktail bar. They are a ‘bar that champions classic cocktails’, but want Schofield’s to be somewhere you can come and enjoy a great drink – beer, wine, cocktail, non-alcoholic – whatever that might be.

Nevertheless, the menu has a strong focus on cocktails, with a 24-strong list including 12 signature cocktails, which will be a permanent fixture on the menu, as well as a rotating menu of six lesser-known classics and six house cocktails which will change every few months.

For the signature cocktails, they have created their best version of each of the classic cocktails on the list which includes Bellini, Bloody Mary, Daiquiri, Martini, Negroni and Old Fashioned, among others.

Lesser known classics on the menu at the moment include the Artist’s Special – a drink said to hail from the celebrated Artist’s Club bar in Paris – a lively mix of Dewar 12 Scotch, redcurrant, lemon and sherry.

The menu also includes a nod to the history of each of the drinks, something that speaks volumes about the brother’s wealth of knowledge of their craft. This storytelling aspect is something that’s important to the Schofield’s as they’ve found that guests want to hear the stories behind the cocktails and is something that can enrich the experience of drinking them.

There is a small food menu of what they are calling British tapas, which is very much there as an accompaniment to the drinks. There are Nocellara olives, salt and olive oil popcorn, and British cheese and charcuterie boards. The vegan option is the rather unexpectedly named Bloody Mary ‘Tartare’ which, although it has been made to resemble a beef tartare, is actually made with Isle of Wight tomatoes and flavoured with seasonings of a Bloody Mary.

Upcoming events include a (weather-dependent) oyster and champagne pop up with Black Pearl Oysters. Whoever orders a bottle of Charles Heidseck Brut Reserve champagne will enjoy free oysters on the terrace. They’ve got some other events in the pipeline too but they’ve told us to watch this space for those.

Schofield’s Bar is currently open Wednesday to Saturday. They open for takeaway coffees from 9am Wednesday to Friday and 10am on Saturdays and Sundays. The terrace opens at 11am and closes at 11pm. Alcohol is served from 12pm each day.

They do have a later license for indoor drinking when they are allowed to open for guests indoors.

The brothers have stressed that these opening hours will change as the restrictions ease so make sure to check their website or Instagram page before visiting.

No bookings. Walk ups only.