The Lockdown Baking Obsession Part 2: The Rise In Demand

From the established, to the upcoming and to the completely new, how have our cities bakeries been coping throughout lockdown? 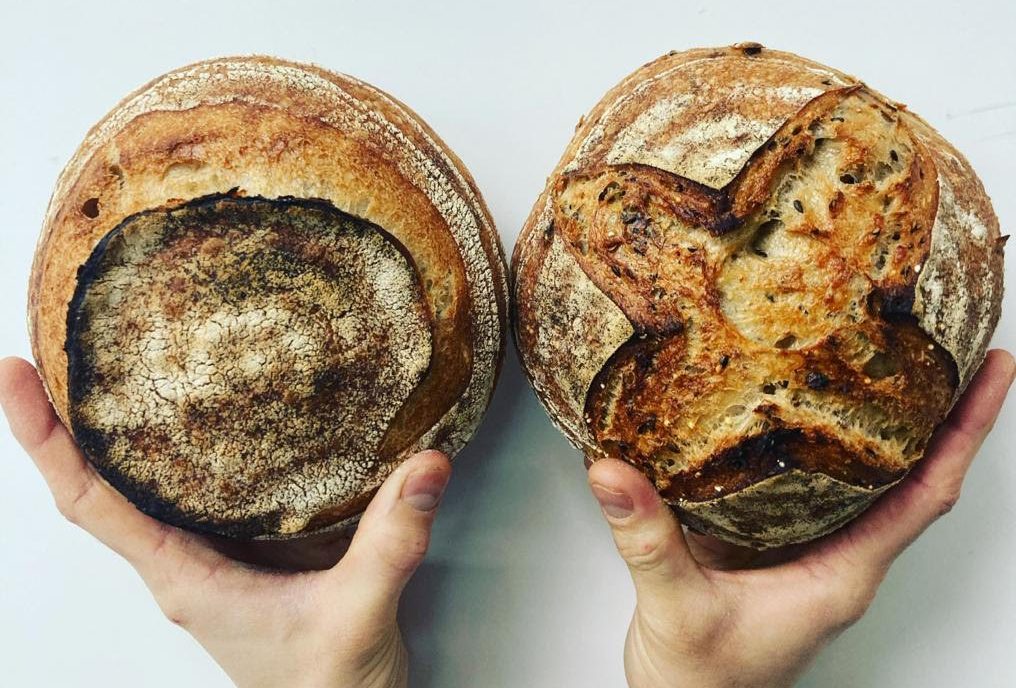 In part 1 of this series, we looked at the impact of the wave of enthusiasm for baking that emerged during the first lockdown and heard from the home bakers who have turned their passion for baking into a livelihood.

We saw how the explosion of new baking businesses started from home has been coupled by a growing public desire to support independents and to buy quality baked goods to enjoy at home.

Now, we’re speaking to some of our city’s bakeries. From the established, to the upcoming and to the completely new, how have they found it?

One new bakery in Eccles was launched after their family-run business became no longer viable in the current climate.

Albert Street Bakery launched in April last year by two brothers, their sister and cousin. They had previously worked for their parents’ catering business, Impact Catering, which provided food for large corporate events across the city. But when lockdown hit, the team had to pivot their business.

Joe (one of the brothers) had always had a keen interest in baking and sourdough, and they had provided cakes as part of their event catering but it’s not something they had had been able to put time into before.

With catering work non-existent, the team decided to focus on the baking arm of their business and started selling bread at the Platt Fields Market Garden. It was very popular and things quickly snowballed from there, from offering a pre order and delivery service on Wednesdays and Saturdays, to now when they bake every day of the week. Joe is the team’s Head Baker but all the team pitch into the baking.

The team of four (two brothers, a sister, and their cousin) set up their artisan bakery on Albert Street in September selling sourdough bread, focaccia, pastries, Eccles cakes, brownies and more. They’re always adding new things to the menu too, like handmade pies and they’re looking to start doing croissants and hot cross buns soon too.

Co-owner, Sophie said: “We’re now supplying pretty much all of the cafes on Monton Road which is amazing.

“I don’t think it would be as busy without the lockdown, people obviously can’t go out, and there’s definitely quite a lot of small business love and we’ve felt a lot of local support from the community. That’s definitely helped.”

The bakery is open for customers to pop in and there are also delivery and collection options available. There’s a new menu every week which is sent out to their mailing list on Sundays. If you’d like to join the mailing list, email albertstreetbakery@gmail.com.

Another new bakery launched just before the first lockdown, Gooey has weathered all of the waves of restrictions and firmly established itself in the city. It launched at the end of February last year serving chunky chocolate chip cookies and plump filled doughnuts.

They had been operating out of Wilson’s Coffee on Hilton Street, drawing large queues of customers and selling out before close every day. When lockdown was introduced, Gooey had to shut up shop and rethink their business model in light of the unfolding situation.

In May, Gooey reopened for home deliveries from their new home at Ducie Street Warehouse, with their regular cookie and doughnut flavours available and new specials every couple of weeks. Delivery slots filled up quickly as people scrambled to order something that would break up the monotony of lockdown life.

Co-owner Jake, said: “The launch last year was absolutely mint, way better than we could of imagined. Then bam, everything stops and the wind taken from our sails. March and  April we’re pretty much spent watching the new shit show of a reality unfold around us and plenty of thumb twiddling thinking of ways to keep the momentum going from our launch. Problem solving is something that provides a bit of sanity so having something to channel energy into has been a blessing in disguise!

“Delivery was something we hadn’t intended doing so early but we quickly moved into working out how we can build our own delivery service around Greater Manchester and it’s become a key part, and for the majority the only part, of our model. We’ve managed to avoid the high commission fees that on demand delivery services charge and provide a regular income to loads of our drivers over the last year, often friends of friends and people out of work due to Covid.”

In July, they opened the kiosk at Ducie Street Warehouse. They are continuing to deliver cookies across Greater Manchester throughout lockdown, as well as pre-ordered collections.

Jake said: “At points, it’s been pretty hectic growing a business with the constant restrictions we’re under, but we’ve got a great team who are up for the challenge and customers who have been understanding at every step of the way. We’re extremely grateful to Native and Ducie Street for providing us a home over the past year.

“I think with so much utter shit going on for everybody all over the place, Gooey has provided a welcome distraction for many. We love how many orders we get from a customer sending to a friend, partner, colleague, family member etc which is simply lovely.

“It’s definitely been more challenging than whatever normal times are, but we’ve done stuff we might not have done and we’re now on a trajectory for some really exciting developments this year.”

Giving people something they can’t do at home

The more established bakeries, too, have seen an increased interest in baked goods since the beginning of lockdown.

Pot Kettle Black and their recently rebranded Salford Bakehouse, Half Dozen Other, has seen an upsurge in demand since the beginning of the pandemic. Early on they decided to carry on baking and were supplying hotels that were putting up NHS workers, alongside home deliveries.

Even bakeries weren’t immune to the sharp rise in demand for ingredients. The flour supplier that PKB work with, which supplies both wholesale and individuals, saw a 10,000% increase in demand during the first lockdown. And while there was actually enough flour to go around, these businesses didn’t have the logistical wherewithal to supply the increased volume.

Head baker and bakehouse manager, Mark Wegner said that people were getting in touch with him asking whether they had any flour that they could buy and asking baking questions like how to start and keep a sourdough starter.

“People were sending me a picture of grey slop, saying: ‘IS THIS DEAD? What do I do with it? How do I keep it alive? Is it like a Tamagochi?'” said Mark.

I wondered, whether this interest in sourdough and the experience of experimenting at home has contributed to an appreciation of the work that professional bakers do. Once you’ve attempted sourdough bread at home and understand the amount of time and skill that goes into it, and the gulf of knowledge between making your first loaf and the ones produced by professional bakers.

Previously the head of bread and pastry for Mission Mars, Mark originally set up the Bakehaus at Albert’s Schloss, with their spectacular bakes including the ever popular, and gorgeous, cruffins. And he’s bringing that same level of attention to detail and flair to the bread and pastries his team creates at Half Dozen Other which provides all the PKB sites, as well as other wholesale orders.

Their two tone croissants look particularly impressive, like their cherry and vanilla croissant, with stripes of flaky pastry and a shiny, red, cherry glaze.

Mark said: “You want to do something people can’t do at home. If people are going to come out and come to you then make it worth their worthwhile, give them something special, that gives them pleasure, that they can’t get anywhere else. That’s always what we’re trying to do.”

“One of the things we learned, or had reaffirmed, during lockdown, when we put the shutter up in the bakery and sold literally straight out of the oven, is that people want to see this stuff. They want to see someone in an apron with flour all over them doing it properly, it’s the real thing. And there really is nothing that is a reasonable substitute for something that has just come out of the oven, at it’s best.

“People are interested and fascinated by this in a way that wouldn’t have been true, say 10 years ago. That degree of involvement, discernment or interest in the process is a product of a revitalisation of interest in bakery and a certain amount of progress that’s been made in bakery in Manchester over the last decade.

When I started I was the only one doing it, and now I need two hands to count the bakeries.”

The popularity of baked goods is not something that started in lockdown, Gooey and PKB were already very popular before the pandemic, but there seems to be a renewed sense of appreciation for small bakeries.

The fact that people haven’t been able to go out to restaurants and bars or go on holiday, has meant that some people have been more willing to spend money on quality food that they can enjoy at home. And there is a real love for independents at the moment and a desire to support them where possible.

Lockdown looks set to continue for at least the next couple of months, and while we can’t wait for it to be safe for things to reopen again, we don’t just want to go rushing back to how things were before.

Appreciating quality food from small independent suppliers – we’d definitely like that to stick around beyond lockdown.