History, tradition and family recipes, all on one plate 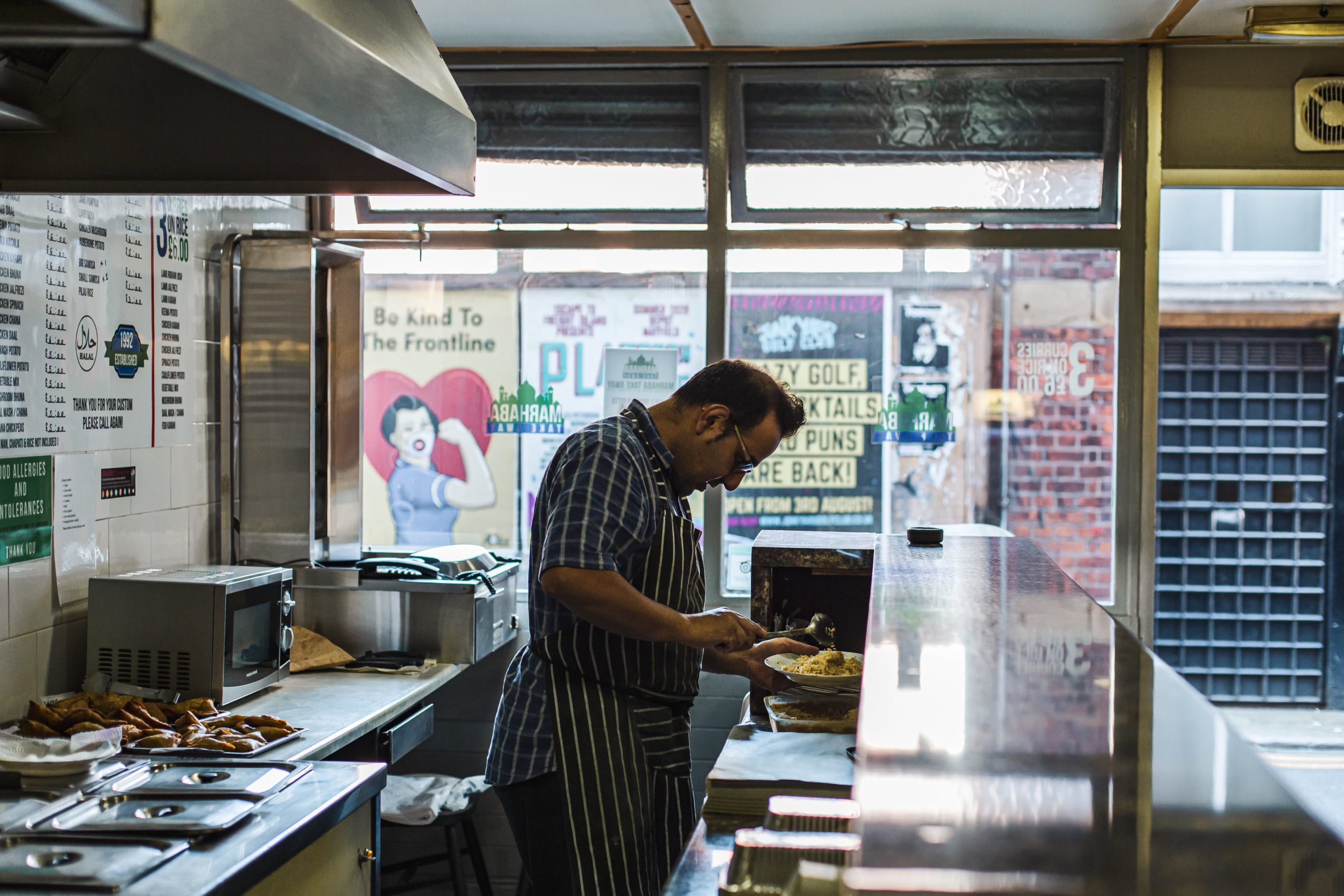 Manchester’s Northern Quarter is so well known for artisan eats, craft beer and yoga, that pretty much no one can recall the textile warehouses which dominated the area before its regeneration in the 90s.

Among those that do, are the owners of the Northern Quarter’s family-run ‘rice and three’ curry cafes that emerged as a response to the warehouse workers’ demand for quick, affordable lunches.

The concept is a simple one and has barely changed since the handful of ‘rice and three’ cafes opened over thirty years ago. A plate or takeout box, stuffed with three portions of freshly made curry, served on a bed of fluffy rice. Always incredible value, the meal is now usually six quid a pop.

At one of the city’s longest-running ‘rice and three’ eateries, This & That, we’re joined by owner Ismail Mallu. He moved to Britain from Gujarat aged eight, taking over This & That in the mid 80s.

Keen to find out how some of This & That’s familiar dishes such as chicken masala and lamb korma differ from those offered by British Indian restaurants on Manchester’s Curry Mile and beyond, we ask Ismail about his recipes. “In those restaurants the meat is pre-cooked dry. When a customer orders, their curry is cooked individually in a frying pan, with spices added depending on how the customers want it,” he explains. For him, it’s like artificial flavouring, because the spices don’t have enough time to develop flavour. “Like they do back home in India, we cook in more traditional large pots for an hour or more, until the spices are thoroughly cooked,” he says.

Family recipes are also at the heart of Chorlton’s Chapati Cafe, which serves dishes such as guar, a distinctive cluster bean curry cooked with aubergine and potato. Inspired by her mother’s fusion of traditional Gujarati cooking and flavours from Tanzania, owner Priti Chauhan-Hall says Chapati Cafe’s dishes are curries you can eat every day. “You go to an Indian restaurant for a special occasion, for that richer dish, whereas our curry is a lot lighter,” she tells us. 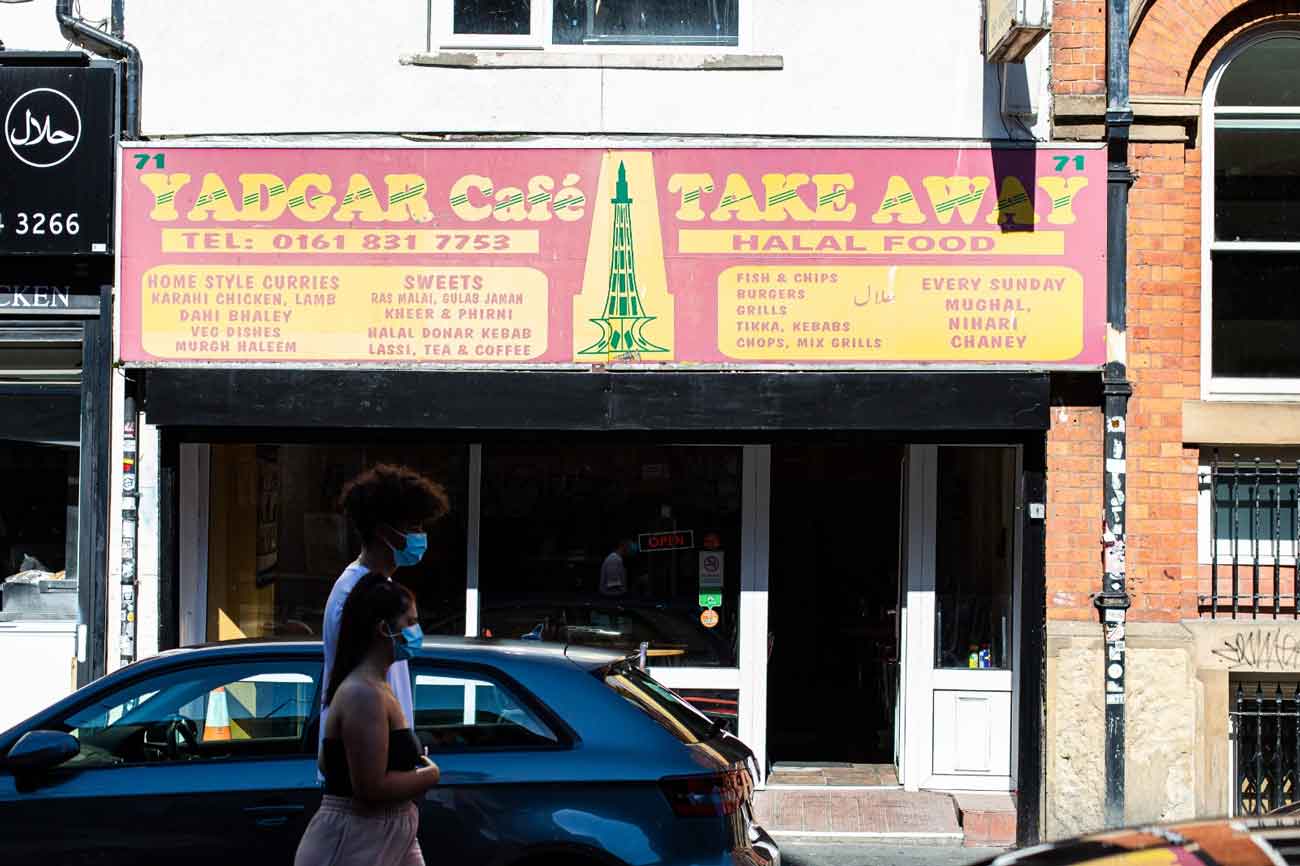 Priti is keen to stress what sets the ‘rice and three’ concept apart. It’s the commitment to staying true to the food you grew up with: “In ‘rice and three’ restaurants, you kind of get the feel for what area of India or Bangladesh or Pakistan people are from,” she says. 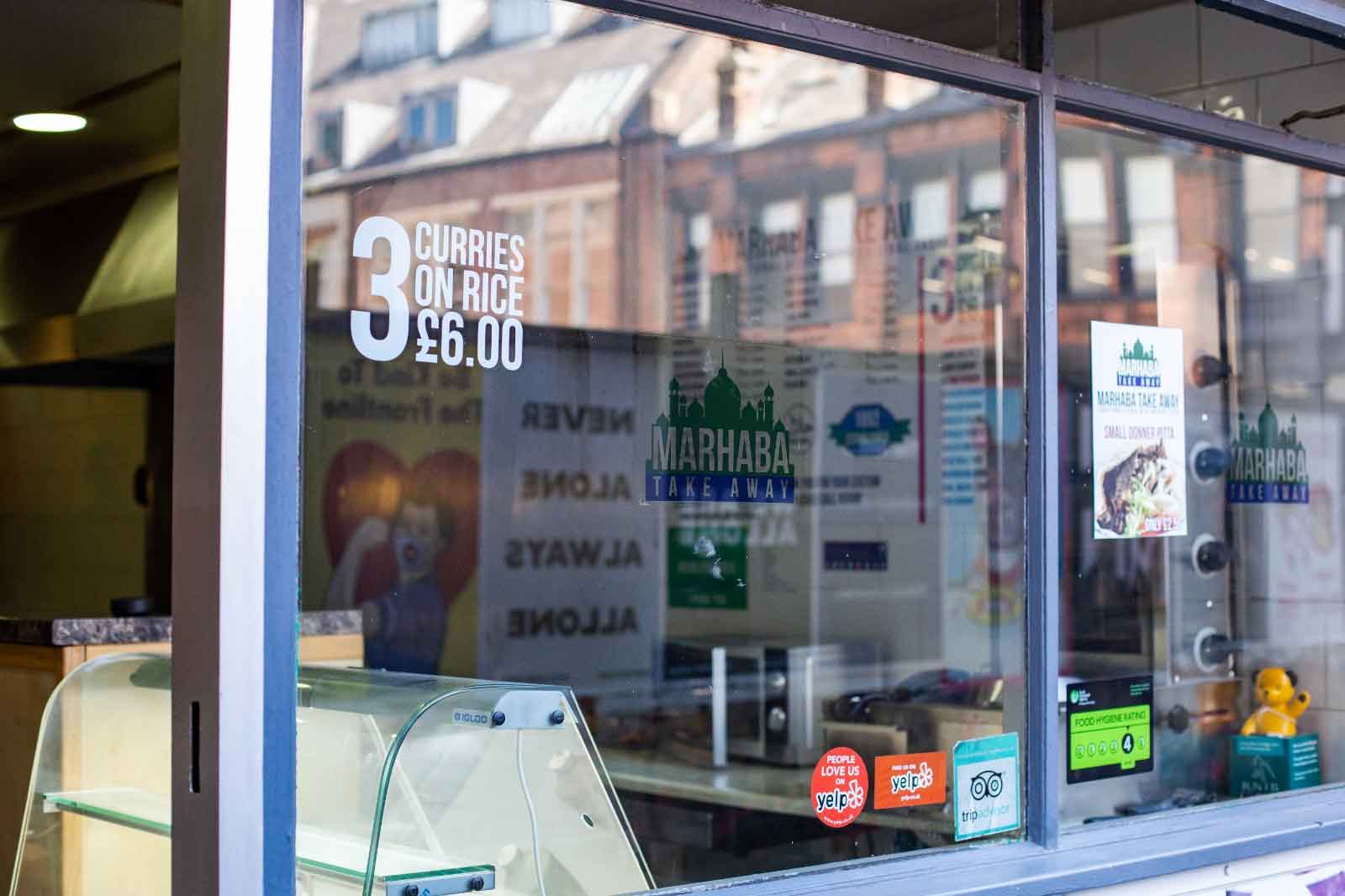 Cafe Marhaba opened in Back Piccadilly in 1992. Run by father and son duo Nazir and Abdul Ahmen, the takeaway is renowned for authentic Punjabi flavours. “To set ourselves apart, we’ve also got a traditional clay oven,” explains Abdul. 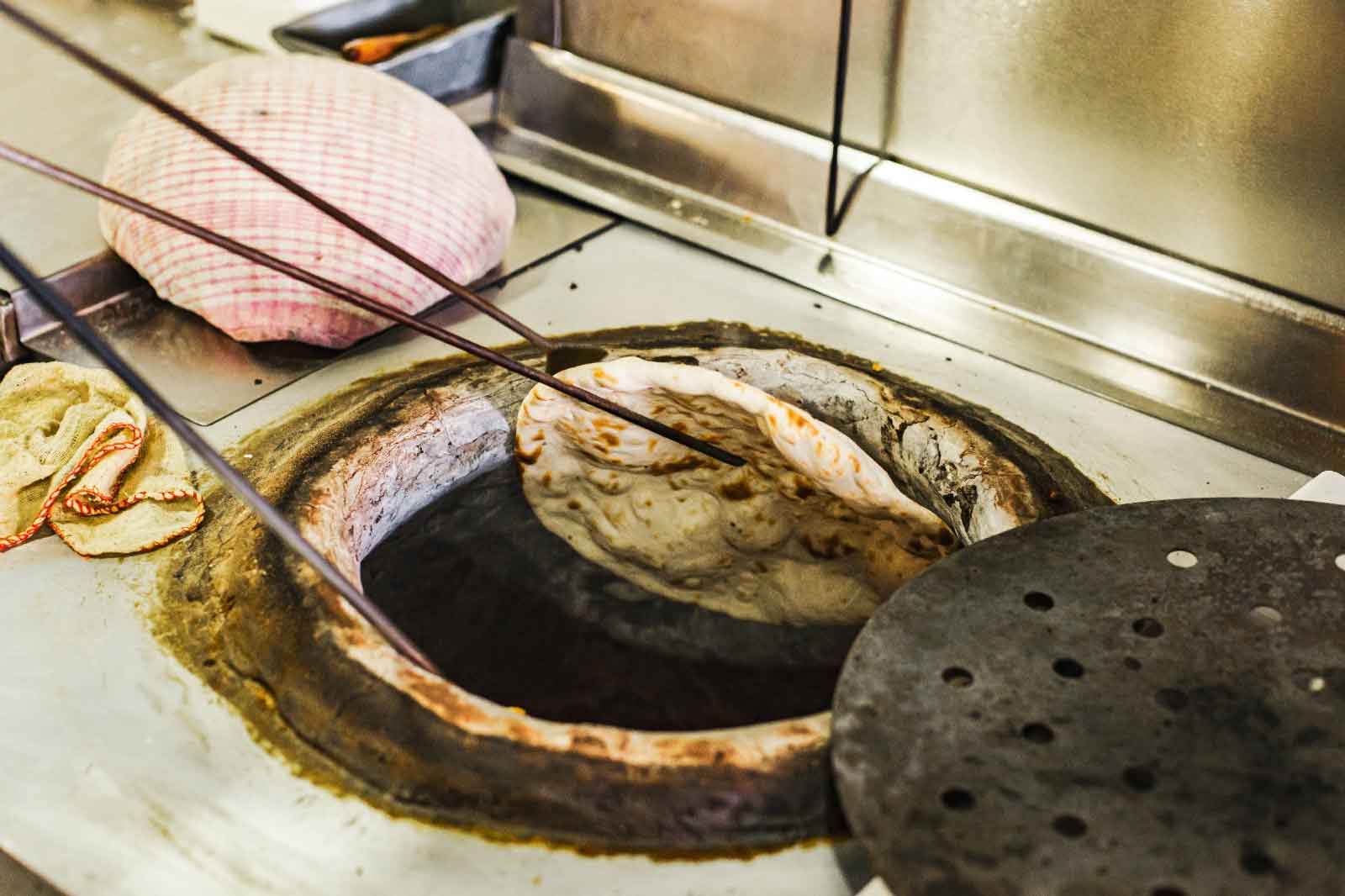 He demonstrates how the naan dough, which consists of flour, oil, sugar and salt is rolled into a ball and flattened, before being lowered into the tandoor. Baking for a matter of minutes, our naan comes out incredibly soft, fluffy and moreish – a perfect accompaniment to the chickpea, spinach and cauliflower curries we try.

At Cafe Marhaba, change is already evident in the increasing amount of vegan options available, while Chapati Cafe are expanding their offer by serving south Indian breakfasts at weekends. 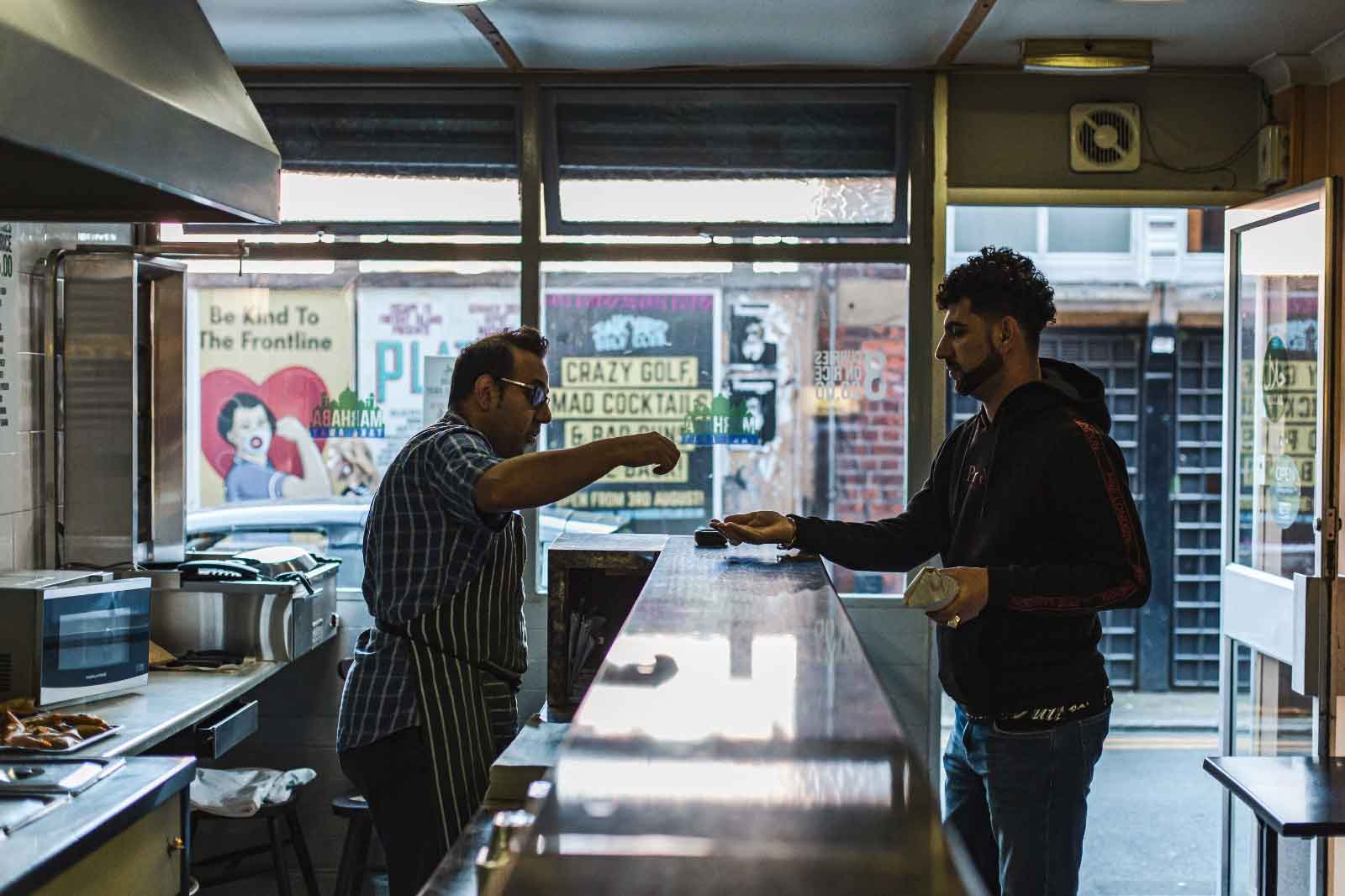 The Joy of Simplicity

For well-established places like This & That, competition is part and parcel of running the business, and Ismail has seen many a food trend come and go since those first years serving the warehouse workers. “It doesn’t matter who opens next door to me, my customers know that my food tastes the same,” he says. “Because of that, they keep coming back.”

SAX ARSHAD (of Evelyn’s / Mughli) @saxarshad
‘Kabana..Hot Since 82’
I’ve been hanging around here since the 80s and been eating Rice n Three since I could walk! The best for me is Kabana. My order is Karahi Lamb, Keema Peas, Bombay potatoes. Proper taste of Lahore’