The Lockdown Baking Obsession Part 1: The Rise of the Home Bakers

"Lockdown gave me the time to just do it, because I'd already been thinking about it anyway" 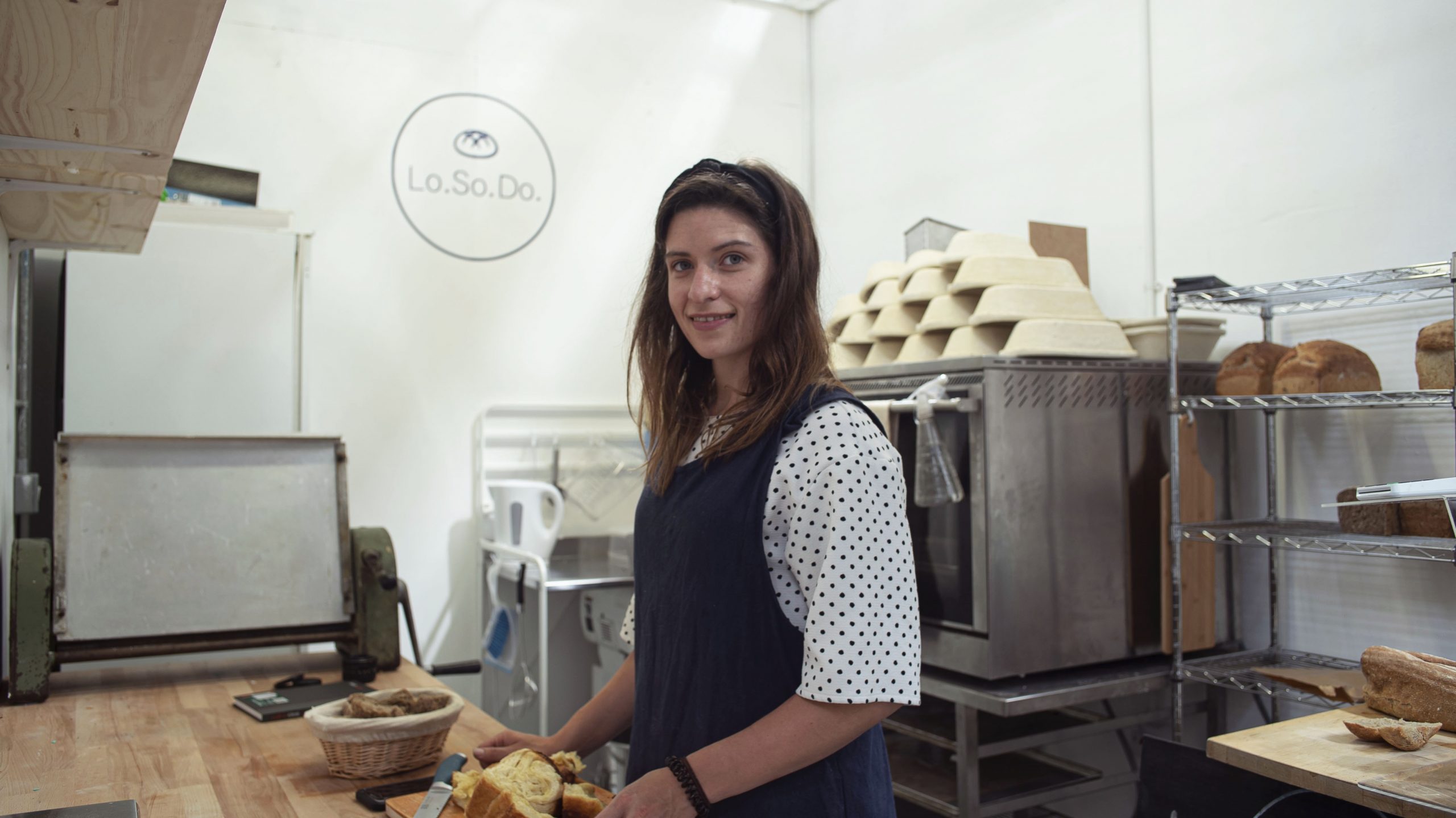 The first lockdown feels like a distant dream now. It was such a novelty then, everyone spending much more time at home, no social events to think about (apart from the weekly Zoom quiz) and there were only the daily walks to break up the days.

There was this enthusiasm for trying out the things you’d always thought about doing, with the expectation that these restrictions would probably only last a few weeks, or maybe a couple of months. Some people tried to learn a language, some wanted to read more books, and many of us, decided to take up baking.

The impact was visible as the demand for baking supplies increased. Baker’s yeast was in short supply and flour shelves in supermarkets were cleared out with just a tell-tale dusting of white powder left behind.

For the majority of people, this enthusiasm for baking started and ended with the odd banana bread, but others took their ambitions further, learning how to culture a sourdough starter, the fine art of French patisserie or how to make multi-tiered cakes topped with all sorts of things.

I’m talking from experience here. I started my own bread page in November last year called Maya’s Bread posting about all things sourdough. It wasn’t that I only started baking during lockdown, but I did have more opportunity to focus on it last year.

Like many people, I was on and off furlough until August before taking redundancy in September, and whether I was off work or throwing together a loaf in between Zoom meetings, this extra time at home allowed me to do a lot more.

When we put together our Launched in Lockdown article recently, we noticed that many (if not most) of the new small businesses that have launched since the start of the pandemic have been baking businesses.

One home baker who has transformed their love of baking into a business is Lorna who set up Lo.So.Do, a micro-bakery at Radcliffe Market in August last year.

Lorna had been honing her sourdough skills for a couple of years already and used to take in loaves of her bread to colleagues at her previous job working in the costume departments for film and TV. She has baked for a long time and used to do it with her grandma growing up. When she discovered sourdough a couple of years ago, she became ‘obsessed’.

Apart from doing a couple of courses through The School of Artisan Food, Lorna is completely self taught, and she says she’s constantly learning new things, scaling up her home baking hobby into a full-scale business.

Lorna said: “The first 50 loaves were atrocious. I just put them in the bin and all sorts. But I just kept at it. It’s literally just been, bake every day, that’s what I was doing even when I was working. I used to just come in in the morning with freshly baked loaves and people would love me for it!

“Lockdown gave me the time to just do it, because I’d already been thinking about it anyway.”

When her work dried up at the beginning of the first lockdown, Lorna reached out to Radcliffe Market to see if they would be interested in having a sourdough bakery – and they said yes. She started out with one unit in the market and has now expanded into two due to the demand.

Lorna said: “Even now, I don’t know how I manage to get all these loaves out. I started out with just one or two and now I’m now like 50 or 60 loaves a day. It’s just me on my own as well. It’s all happened so fast but I’ve loved every moment of it and I can’t wait to see where it goes in the future.”

Lo.So.Do is open Thursdays, Fridays and Saturdays at Radcliffe Market. Loaves and pastries can be pre-ordered via the website  or you can turn up to the market, but she’s warned us that they go pretty quickly.

Another couple of home bakers who have turned their hobby into work are Eve in the Oven and Manchester Brownie Box, both of which have launched within the last month.

Eve In the Oven makes bespoke cakes of the kind Instagram dreams are made of, with layers of different sponges and fillings, piped perfectly with icing and covered in an array of toppings including macarons, chocolate dipped strawberries, Lindt balls, Maltesers, Ferrero Rocher and more.

Currently on furlough from her job as Assistant General Manager at the Delhi House Cafe, Eve started making cakes as a way to fill up her time. She got her first orders by posting on local Facebook groups and taking orders through her Instagram page which kept her going throughout January. In February she is planning a Valentine’s collaboration with Asha’s Indian restaurant and will continue to work on cake orders.

Take a look at her Instagram page and DM for orders.

Manchester Brownie Box was launched by Rachel just two weeks ago, delivering brownies in the post across Greater Manchester. She is currently on maternity leave after having her baby in June last year. She has always loved baking and often made cakes and brownies for friends’ and family birthdays.

Rachel set up her Instagram page on 15 January and within 24 hours, she had sold out her first weekend of bakes. The next weekend, she tripled the amount she was baking and still sold out.

She said: “It’s been crazy! I absolutely love it but it’s been completely overwhelming. I was expecting to do 6 trays of brownies which would make 9 boxes but I’m actually doing more like 30-40 boxes a week.

“I am super happy (please don’t stop ordering) but it has meant learning and adapting quickly. A Hermes delivery driver opened one of my boxes in the first week so I’ve had to change the packaging already.

“Getting messages from people saying they are the best brownies they have ever tasted is the best feeling in the world.”

A teacher by trade, Rachel had planned to start a new job after Easter. However, she has now pushed that back and now is going to see how the business goes. With her young daughter, running her own business allows her to be much more flexible, baking in the evenings when she’s asleep and then spending time with her in the day.

The Brownies and Blondies come in a variety of flavours including Jammy Dodger, Oreo, Crunchie, Kinder Bueno and Salted Caramel. There’s now a website set up to order online in either mixed or bespoke selections. There are also slabs which can be decorated with a personalised message for special occasions like birthdays or Valentine’s Day. Order here.

While this certainly hasn’t been an easy year for the food and drink industry by any means, it’s reassuring to see this surge of interest in baking, both in terms of the number of people wanting to give it a go and start new businesses, and also in terms of the demand and interest in buying freshly baked goods from local, independent businesses.

Lockdown accidentally gave people the time and the opportunity to pursue their passions in a way that hadn’t really been possible before. And simultaneously meant people were spending more time in their local area and wanted to buy themselves things to enjoy at home.

I really hope that this is a lasting cultural shift for Manchester, something that extends beyond lockdown. I hope that when restaurants reopen and we’re able to return to normal life, that people will continue to place such importance on having real bread, on supporting small operators and on having the courage to turn that spark of an idea into a business.

We’ve rounded up a list of the new baking businesses that have launched in the last year. Take a look and order from them if you can.

Get Yer Macaron – Macarons with a modern twist