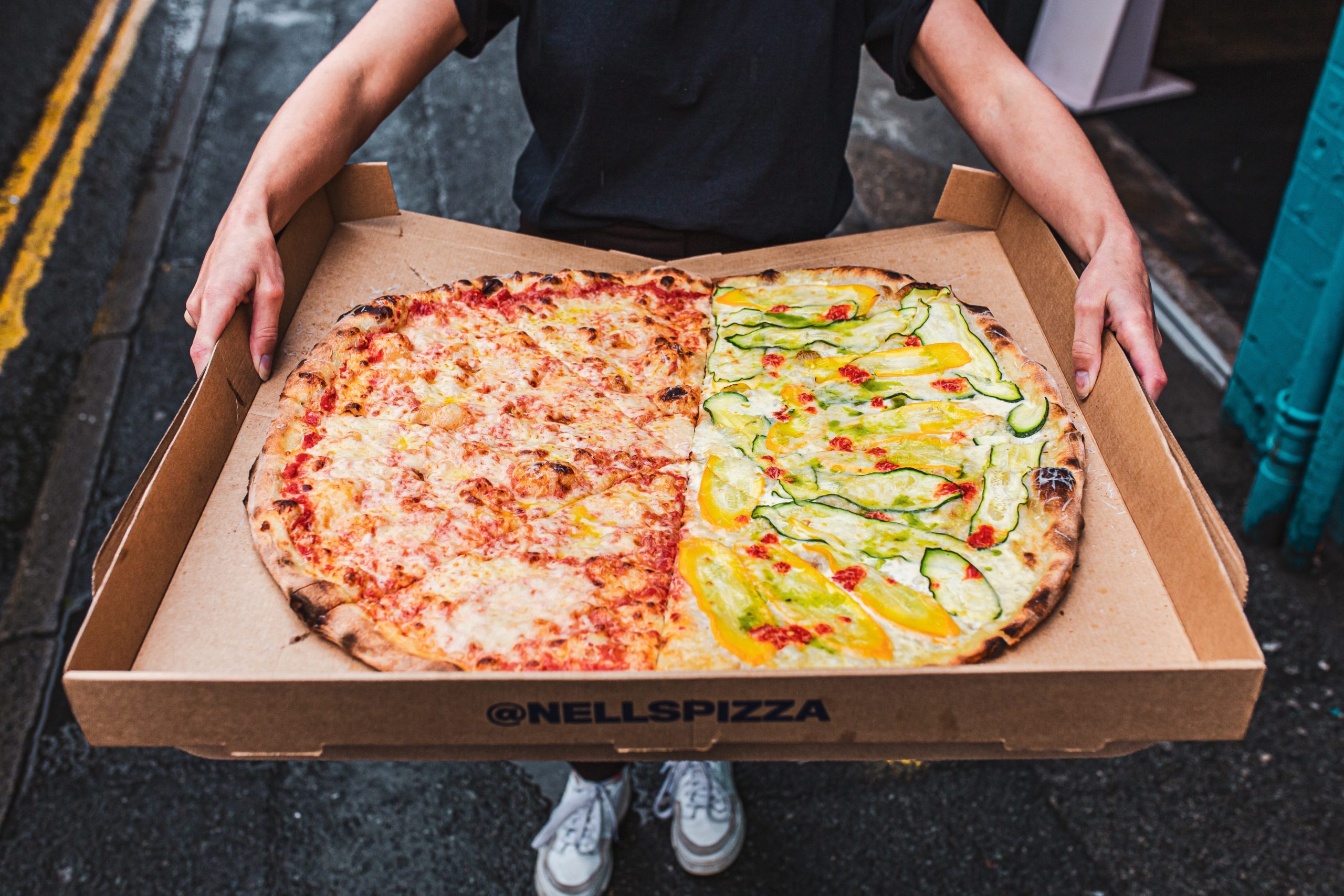 Five years ago, when it felt like the whole world was smearing pulled pork, Mac & Cheese and 80 variations of BBQ sauce over everything, quality pizza offerings in Manchester were few and far between.

Dough had been holding it down in the Northern Quarter for half a decade, a few people buzzed over Croma’s Hoisin duck and tandoori chicken efforts, with Slice’s gourmet Roman squares turning a few heads in Stephenson Square. And, of course, a newborn Crazy Pedro‘s was beginning to pump out fever dream experimentations for those of us who absolutely needed a Big Mac or chicken and waffles (or both) atop our slices in order to soak up the half dozen red cups of frozen margaritas we’d slung back at half two in the morning.

Naples descends on the North West…

Double Zero, with its BYOB policy and mind bendingly good Neapolitan dough developed ways in which to combine water, flour, salt and yeast the likes of which Manchester had never seen before. The only disappointed faces heading away from the Chorlton joint were those who had, once again, come up short when hoping to snag a table.

And while it’s doubtful that another pizzeria will ever come along to usurp Double Zero as the numero uno in South Manchester, the city centre has belonged to Rudy’s since 2016.

Four years, four more restaurants and three more cities later, and Rudy’s has not only cemented itself as the Capo di Tutti Capi of all things San Marzano and fior de latte in Greater Manchester (and, let’s face it, the UK as a whole), but it generated a surge of interest in Neapolitan pizza that has allowed the likes of fellow Ancoats favourites Ciaooo, Noi Quattro and Mackie Mayor’s Honest Crust to thrive, while also encouraging London mainstay Franco Manca to expand northwards at the back end of 2019.

But as the calendar crept over to the fiery hellscape that has been 2020, it has become apparent that room needs to be made for offerings with origins outside of the Amalfi coast.

“Brooklyn, Bronx, Queens and Staten/From the Battery to the top of Manhattan…”

As the sun’s descent casts a balmy shadow across the city streets, conversations are punctuated with the immensely satisfying crunch of pizza crusts folding and pepperoni grease pools puddling on paper plates.

Curious noises emanate from the crowd of post-work revellers as monstrous yet delicate slices of chewy, blistered pies are enjoyed by a crowd sat out in the streets. Flimsy white napkins dab at mouths as second and third orders are placed and IPA’s are swigged. Squint your eyes only a little and you’d be forgiven for believing that you were perched in a neighbourhood in Brooklyn or Lower Manhattan and not Edge Street in Manchester.

Yet this is where beloved Northern Quarter stalwart Common have carved out their own slice of the Big Apple, with NYC inspired pizza shop Nell’s sequestering themselves in the NQ bar’s kitchen since mid-February.

Nell’s is the brainchild of Common owner Jonny Heyes, who explained to us how he was always confident of his slice shop’s success.

“We started off just selling slices out the front door, it was really exciting. Now we’ve developed a following of regulars who keep coming back, keeping our Anthony Bourdain style band of outlaws in the kitchen busy.

“Not to slag off any other style of pizza, because I love Neapolitan pizza, but there’s so many more possibilities of what pizza can be. Neapolitans are very dogmatic, it’s all ‘you’ve got to use this type of flour and this type of cheese’ and I kind of hate that. I hate being told what I can and can’t do.

“We’re New York inspired but we’re Manchester made. We’re a local product that we want people to feel ownership of.”

Get Ready to be Dancing in the Street outside Corner Slice

In a sleepy suburb of Failsworth, Danny Broadbent grips the edge of a deep, rectangular aluminium pan, angling out his latest cheese rimmed creation inspired by the Motor City onto the work surface in front of him. The Coney Dog, with its smoked beef hotdog slices, dry beef chilli, white onions and American mustard, combines two of the most important Detroit exports since Motown and Iggy Pop. And, sitting alongside the nine regular pies in rotation at Corner Slice, it’s selling out in a matter of hours every night in Manchester’s newest and perhaps most adventurous dough based venture yet.

The response to the rectangular pies and their addictive cheese crown crusts has been, it’s safe to say, overwhelmingly passionate.

“We definitely didn’t expect it to blow up so much. Like, in the first week, the amount of chat that it’s got. We were sat here saying ‘we’ll be happy with 150 pizzas in the first week’ and we did that in the opening two days,” laughs Broadbent, alongside Corner Slice co-owner and best friend of 14 years Frank Brashaw.

Broadbent, with 14 years experience in Manchester kitchens under his belt (most recently at Fin Fish Bar and Tender Cow in Mackie Mayor), wasn’t content to go with the flow and instead veered away on his own path.

On The Map and Taking Over…

So whether it’s Corner Slice’s Mid Western influenced pies, Nell’s New Yorkers or the procession of picture perfect Neapolitans that preceded them over the last five years, one thing is absolutely undeniable – Manchester is now a bona fide pizza city. And it’s about to enter the most exciting stage of its evolution so far…

LYDIA WAKELAM @lydwak
‘Double Zero – Sprinkle those extra jalapeños on my head while I sleep’
Double Zero’s fluffy, chewy pizza bases have been a big doughy comfort blanket for me since I moved to Manchester three years ago. BYOB, always, sit with all your friends but never ever share.

Gus & Rick (SNACC DIARIES) @snaccdiaries
‘Nells… MARINARA or MARGHERITA’
Gus is a margs man. They’re a true test of pizza, if you can get them right the others will probably follow. Where as I’m a marinara man. The most underrated and overlooked pizza in my opinion.

JOE BAIAMONTE (EATMCR Culture Editor) @joebaia88
‘Sitting by the kitchen at Rudy’s.’
Whether in Ancoats or Peter St, sit by the kitchen and watch your pizza get made. It’s a near religious experience. I usually rotate between the Calabrese, Ancozzese and Carni, with about five Menabreas and a massive smile on my face. 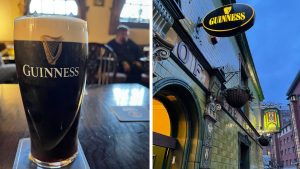 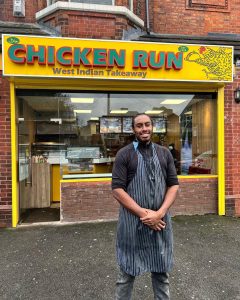 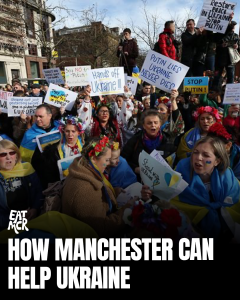