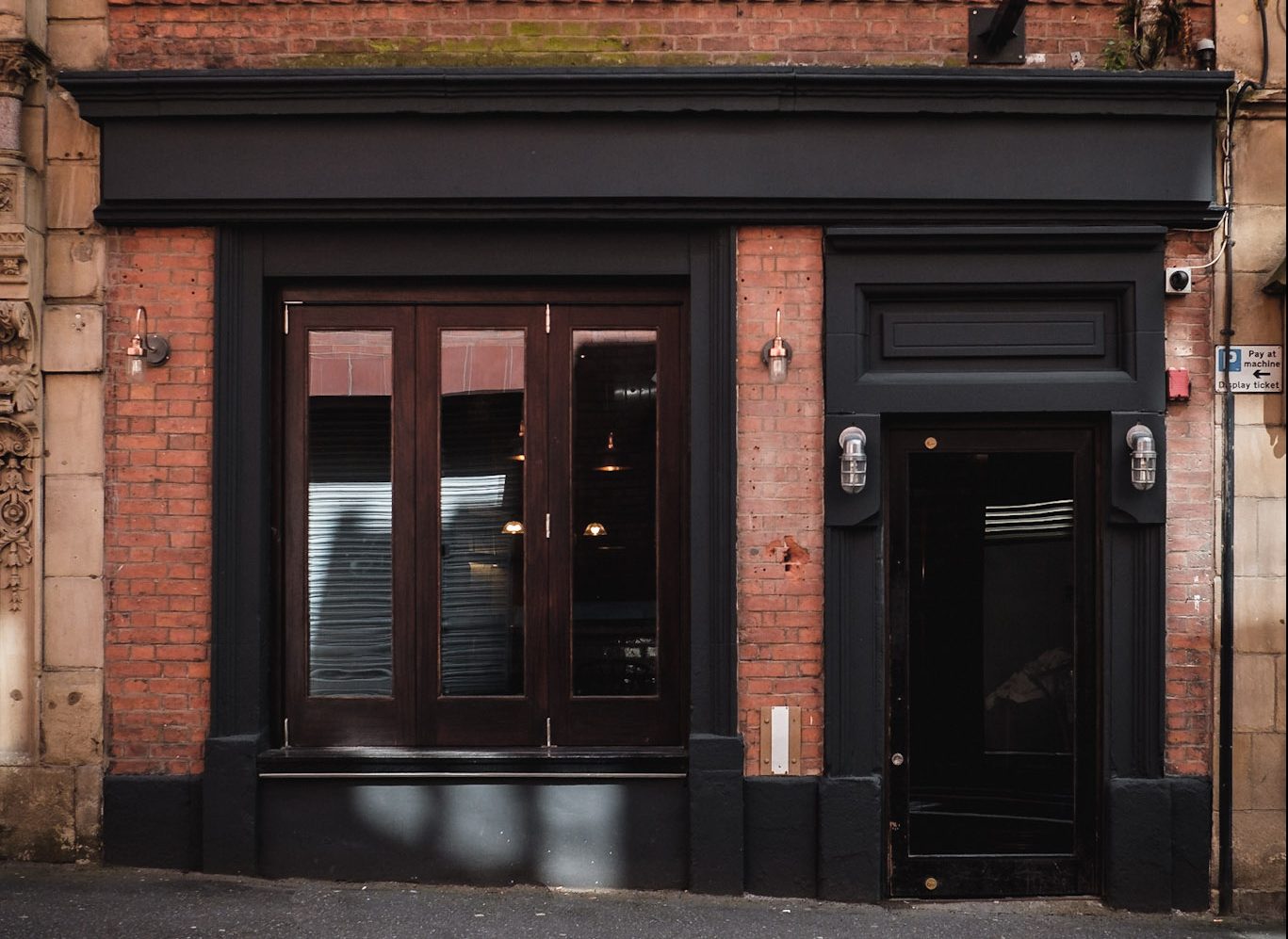 Ten Tib Lane is a three-storey restaurant and bar which aims to ‘push the boundaries of Manchester’s food and drink scene’.

The EATMCR team were chatting other day about the distinct lack of French restaurants in Manchester. While French gastronomy is renowned the world over and was even added to the UNESCO list of “intangible cultural heritage” in 2010, it seems to have fallen out of favour with UK restaurants who are favouring other cuisines over the traditional French cookery.

That’s not to say there aren’t some great independent French restaurants in Manchester like 63 Degrees in the Northern Quarter and Man Bites Frog in Chorlton. However, when you compare it to the number of Italian, Spanish or even Japanese restaurants in the city, the French are lagging far behind.

An absolute Francophile myself, I think this is a real shame, so I’m excited to see a venue bringing a fresh and forward-thinking take on the cuisine. The food and drink menus at 10 Tib Lane will be constantly evolving, with a focus on seasonal, homegrown and locally sourced ingredients.

There will be small plates such as lamb rump, braised broad beans, saffron aioli and rosti; a ‘Club Sandwich’ made with chicken, truffle, smoked bacon and celeriac; and carefully thought out vegetarian options like potato and chive financier, ginger, sweet potato aligot.

The chef behind the menu is Alex Shaw of Volta, who has previously been awarded Chef of the Year by the Manchester Food and Drink Festival and Restaurant of the Year at the City Life awards.

For drinks, there is a refined cocktail menu, including both well known drinks and more progressive additions.

There’s also Le Mastrou which has Lilliet Blanc vermouth, Cacao Blanc liqueur and olive oil-washed Plymouth gin – a technique which consists of infusing (or “fat-washing”) gin with olive oil. It looks and feels like a martini, but it’s light, chocolatey and sweet.

Unfortunately the news of the new opening was coupled with the announcement that CBRB will be ‘laying low’ for a bit. The team has decided to take a break due to the increasing pressure from Covid guidelines and the test and trace system.

A post on CBRB’s Instagram read: “The toll the past couple of weeks has taken on our team is immeasurable. The uncertainty caused by test and trace, combined with behind the scenes issues of a struggling supply chain and goods shortages nationwide… you get the picture.”

Talking about the launch, Ben Gretton, who launched CBRB in 2018, said: “We wanted to create a high end experience, but without any of the stuffiness that usually comes with that. We want to be a place people come for a nice bottle of wine and a few oysters after an afternoon of shopping, as much as for a special date night or anniversary spot or just a place for a few afternoon cocktails and a couple of light plates. It really is a place for everyone and we’ve worked hard to create a relaxed vibe that isn’t trying too hard, it’s just a cool place to be.”

Sophie Robson, co-owner of Chorlton’s Henry C, added: “We’ve been customers in each other venues for years and have total respect for how we approach the industry, so when we saw the venue and the opportunity it gave us, it was a no brainer to do it together. We all believe in honest service, incredible food and drink and that’s what 10 Tib Lane is about.”

Ten Tib Lane opens on Thursday 29 July. To book a table visit 10tiblane.com and stay up to date by following their Instagram here.