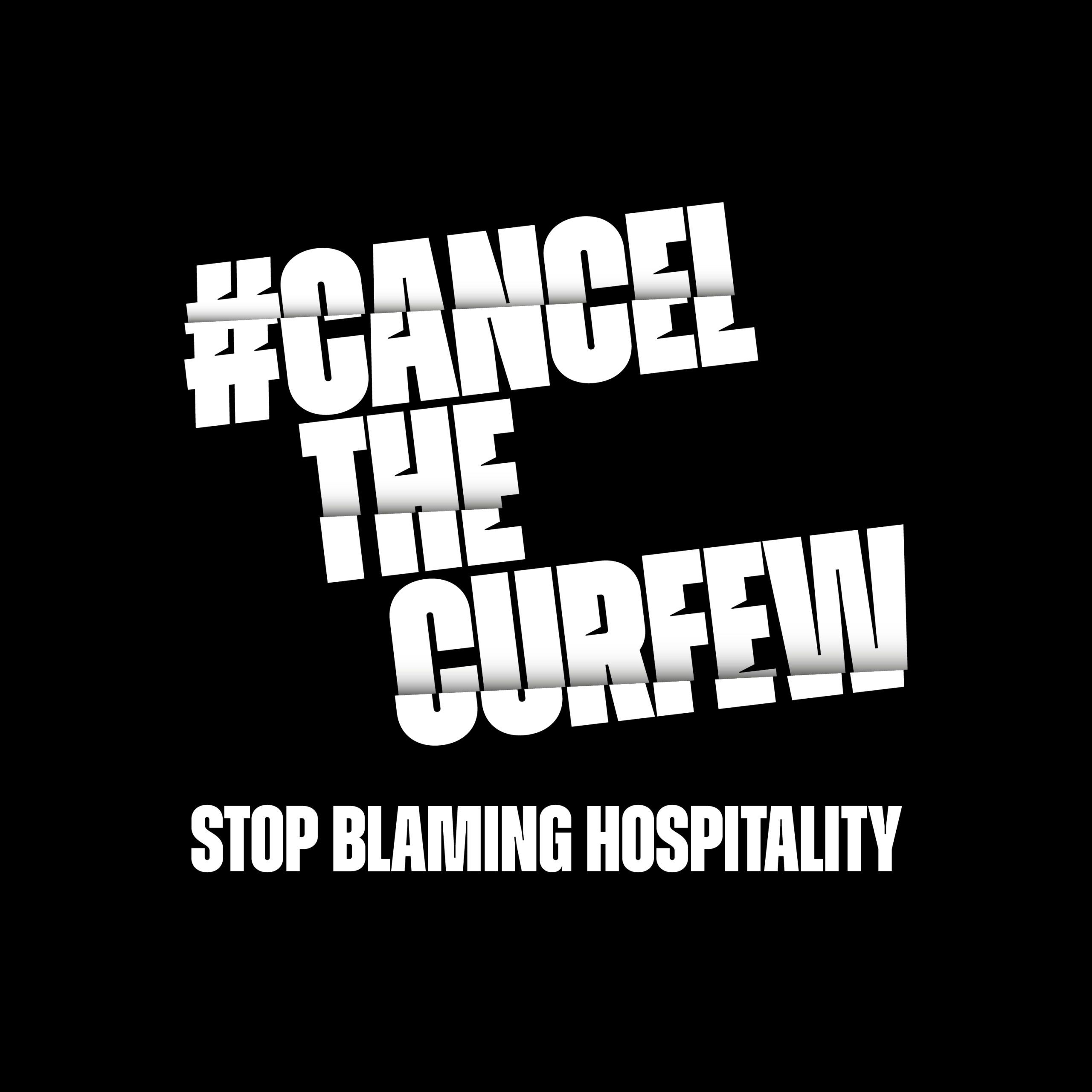 Politicians posing pulling pints and serving plates, and encouraging us to dine out at restaurants by giving us £10 off our bill.

And as instructed, many of us did #EatOutToHelpOut, and the initiative was widely viewed as a well-needed boost for hospitality businesses.

Since then, Manchester restaurants have introduced a range of new measures in the face of ever-changing restrictions in order to ensure their customers’ safety.

Less than 12 weeks after hospitality businesses were allowed to reopen their doors to the public, the industry has been been ordered to close their doors for 10pm; causing venues to lose multiple hours of trade every day.

This week, hospitality professionals from cities across England and Wales have come together to launch a new campaign – Cancel the Curfew – in an attempt to raise awareness amongst consumers of the impact that the policy is having on their industry.

An open letter to the Prime Minister warns that, at a time when many bars and restaurants are already operating at a reduced capacity, the curfew could be the ‘final nail in the coffin’ for many of these businesses.

Tom Lord, founder of Hospitality Gin and hospitality consultant, says: “The industry that we love is in grave danger of being suffocated by this curfew. Some venues were starting to see a light at the end of the tunnel before it was announced as customers returned and we all settled into ‘the new normal’. Now we’ve been plunged back into uncertainty.”

“We want the British public to know the impact that the curfew is going to have, not just on our businesses, but on our friends and colleagues. We have borne the brunt of the measures announced over the past fortnight. We are vilified as breeding grounds for the virus, yet Public Health England’s own figures show this is not true. In fact, the latest figures show that we have one of the lowest infection rates outside of the home.”

“Hundreds of thousands of people will lose their jobs as a direct result of this disastrous policy, thousands of businesses will close their doors forever, and the hospitality industry will never be the same again. Stop blaming hospitality, let us serve.”

A report shared by the Hospitality Union using data from Public Health England, details the locations of traceable infections of Coronavirus outside of the home. In this week’s report, 44% of those were in schools or universities, 25% were in care homes, 16% in offices and 5% in hospitals.

Just 3% of traceable infections were from food outlets and restaurants, leaving many hospitality businesses feeling unfairly vilified by the new restrictions.

Organisers of Cancel the Curfew hope that people will join them in pressuring the government to U-turn on the policy.

The movement has already gained traction on social media, with thousands of hospitality leaders, operators and employers, as well as those who love hospitality, joining the call to #CANCELTHECURFEW.

One Manchester bar, Mojos, has even responded by banning MPs from their venues and calling on others to do the same, saying that they won’t serve them until they provide viable financial support to the hospitality sector.

Michael Greenhow of Mojo said: “With neither evidence to support the assumption that hospitality is driving infection – only 35 cases reported in the sector and as of yet no sign of the threatened dramatic upturn in deaths, the move to curtail the operational hours of our already crippled industry seems unjust and punitive, not to mention illogical and irrational.

“Are people more infectious after 10pm? Hospitality has slaved to work responsibly within the constraints laid out for us and now we are being thrown aside with scant concern for the impact these measures will have on our businesses and the wider economy.” 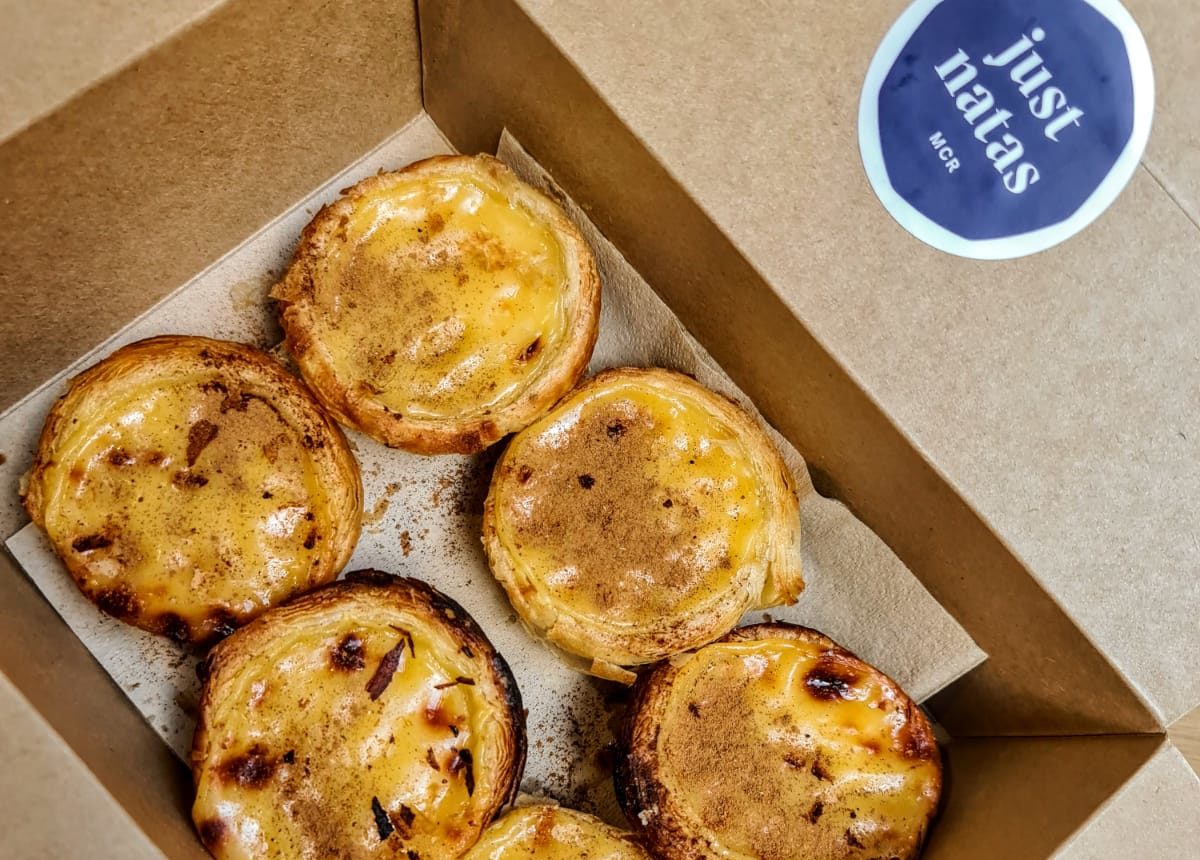 Anyone who has been on holiday to Lisbon knows the pure joy of spending a lazy day wandering through the streets, powered purely by hourly breaks for espresso and a pastel de nata.

And, even if you’ve never stepped onto Portguese shores, these flaky, cinnamon-dusted, golden cups of sunshine-yellow custard have made quite the name for themselves in the UK in recent years.

So popular are Portuguese custard tarts, or pastéis de nata, that one Manchester trader has decided to devote their entire menu to this humble pastry.

Just Natas has opened in Manchester Arndale market, joining the ever-growing list of great food traders set up in the market.

Selling only pasteis de nata and espresso, the stall is open from 10am to 5pm (or until they sell out).

Much more than a simple custard tart, there really is something special about the pastel de nata, and Just Natas’ version is as close as you’ll get to the real thing this side of Lisbon.

Just Natas is a concept from the brains behind the ever-popular Australian brunch spot Federal Cafe Bar, where pasteis de nata have been on the menu since opening.

Federal owners Claudio and Emily have had the Arndale market stall where Just Natas is now situated for a year and half, but it had previously been occupied by another trader.

With the stall being empty since the start of the pandemic and, seeing how popular the natas had been at Federal, Claudio, who was born in Portugal, decided to take the opportunity to focus purely on this traditional pastry from his home country.

Claudio said: “I thought of a few different things to put in there, like a fish and chip stall, which the market doesn’t have. I thought of something else Portuguese, but I just thought, these custard tarts are really good and they’re so popular at Federal that it made sense just to do that and try to do the best ones I could.”

The tarts are baked fresh daily and are available until they sell out.

Official opening hours are from 10am to 5pm; however, Just Natas has not yet reached closing time without selling out of all their stock. So why is this humble custard tart so popular?